If you missed the end of the Spurs/Thunder on Monday night, it was a doozy. After a very competitive and well played final few minutes, the Thunder were up 1, inbounding the ball in their offensive end, with 13.5 seconds to play. All hell then broke loose. Have a look-see:

What’s fascinating to me is that first Chris Webber, and then the TNT studio crew, were going bonkers over the no-call on the forearm by Waiters. Webber was especially indignant. I love Webber, but he was either trying too hard or he just lost a lot of money on the game. What I couldn’t figure out was why NO ONE was talking about the fact that Ginobili broke the plane of the sideline before Waiters gave him a forearm (and my wife can back me up on this; I was yelling about it in real time). That is a delay of game and an automatic technical foul. The NBA released its game report on Tuesday, and as it turns out, the referees missed FIVE calls on the play. FIVE. In THIRTEEN seconds. That is so bad it’s hilarious (and I love that the NBA puts out these Game Reports; it’s a fantastic gesture to the fans). But here’s the thing – that final play was so crazy, and so fun, and so memorable, that I wouldn’t have it any other way. Good job, refs. You’re terrible and that made the game better. -TOB

PAL: Agreed on almost all points, TOB, but my favorite part of the video is when the refs grab their blue warm-up jackets upon leaving the court while Popovich is still arguing the call:

Popovich: What about…did you see the forearm shiver?

Popovich: But you effed that up so horribly.

Must read. While I’m not the biggest sabermetrics guy out there, I LOVED this excerpt from Ben Limbergh and Sam Miller’s book, “The Only Rule Is It Has to Work: Our Wild Experiment Building a New Kind of Baseball Team”. Here’s the deal: Two sabermetric nerds are handed the reigns to a lowest-of-the-low professional baseball team. They have no money to play with, and they can’t target any “real” prospects (prospects get drafted; prospects don’t play independent league professional baseball). These limitations put them in quite a bind, which makes for a great story. In essence, their charter is to find the best available players (read: undrafted college seniors with no other options) to put together a team that wins now. What tools do they have at their disposal, considering all of the good players are accounted for: a statistical measurement of the leftovers. Whether you’re a baseball fan or a fan of riddles – this is well-worth 20 minutes of your time. – PAL

Source: “Here’s What Happened When We Tried To Play Moneyball Without Any Money”, Ben Limbergh & Sam Miller, FiveThirtyEight (5/5/16)

Basketball fans in Seattle had their beloved, if low-attended, Super Sonics taken from them. That sucks. And lots of basketball fans around the country sympathized with them. And then many of those same Sonics fans openly rooted for the same fate to happen to another (much more rabid and well-attending) fan base in Sacramento. Sacramento managed to hold onto their team. And just a couple of years later, Seattle was dealt a major blow in its hopes to attract a team and/or be awarded an expansion team, as the city council voted down a measure to grant a large plot of land near the Port of Seattle to billionaire Chris Hansen. That, Seattle, is karma. Eat it. -TOB

PAL: “The Port of Seattle says that an arena in the SoDo neighborhood would saddle their roads with traffic, gentrify the neighborhood, and make it much harder for working-class longshoremen to live near the port, but as Sawant notes, the Port is plenty shady in their own right (here’s a summary).” Before you pick sides on this issue, click on the link above to get a snapshot of how the Port of Seattle really treats the “working class”. Bullshit of the highest order. Is it me, or do professional sports complexes create the perfect storm to bring out the ugliest in local politics?

TOB: It’s not just you. Here’s a letter from a lawyer, already under investigation (allegedly) sexually assaulting a client, to the female members of the City Council (all five women voted against the deal; all four men voted for it). What a disgusting human being.

Hack-A-Rodman: The Birth of Hack-A-Shaq 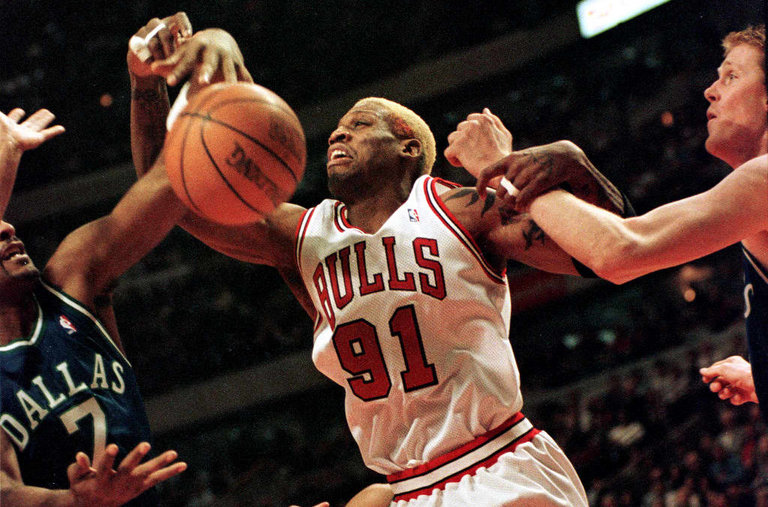 “The issue has provoked heated debate over the last few seasons. On one side are those who feel players and teams should not be pardoned for their horrid free-throw shooting. On the other are those who cannot stand to watch as a game comes to a halting stop when a player gets fouled over and over.”

Back in 1997, something that has become commonplace in the NBA was born. We all know the term “Hack-a-Shaq”, but it was conceived to disrupt another household NBA name: Dennis Rodman. The mad scientist behind it: None other than Don Nelson (most NBA wins as a coach and not a title to show for it). Whether it’s good or bad for the game is up for debate, but here’s the story of where it all started. – PAL

TOB: As a basketball fan, I’d like to consider myself a “purist”. But this has got to go. Free throw shooting is the worst part of the game. And at the most base level, a sport should always strive to be entertaining. That’s all it is, really: Entertainment. And when a sport loses sight of that, and chooses some notion of purity over entertainment, you have lost your way. The NBA has made all sorts of dumb rules to ensure entertainment – the unimpeded to the basket rule is one example. So let’s stop being cute – if an obviously intentional foul is committed away from the ball, it should be two free throws and possession. Or the offensive team can select their free throw shooter. Problem solved.

Check out the super-fantastic playlist of all our weekly picks below. Listen to it and casually mention one of our songs at the bar instead of talking about work with a coworker after work.

“Trying on pants is one of the most humiliating things a man can suffer that doesn’t involve a woman.”