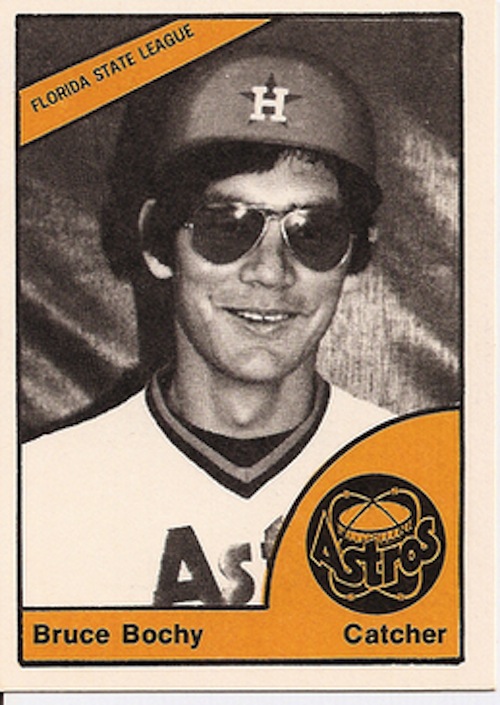 So many things to love in this photo, not the least of which is that young Bochy looks suspiciously like Hunter S. Thompson.

I don’t like Joe Buck. I don’t like him because he wants to be cool. At some point during his meteoric rise to the summit of broadcasting, he wanted to be cool, and that’s when he started driving me nuts. I don’t want a broadcaster to be cool. I want Al Michaels. A witty uncle with thin hair. Buck is a younger uncle trying to be witty and his thinning hair only makes it worse. He’s like The Eagles: Widely successful and incredibly lame. 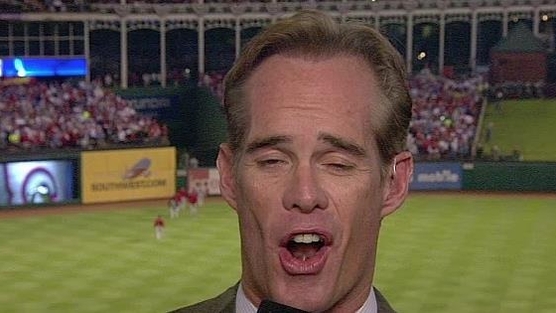 With all that said, here’s a story telling us we’ve got it all wrong about Joe Buck, and then the entire story only points out examples that makes me feel like I got him lined up about right: Buck’s a little bit a d-bag. Some of my favorite tidbits:

But the most notable portion of this story, which – remember – is trying to show us that Buck isn’t as bad as we think and that he’s in a no-win situation as a play-by-play announcer, is the following (referencing the 2014 NLCS between the Giants and the Cardinals):

Buck finds himself in an odd position. San Francisco Giants fans think Buck is in the tank for the Cardinals. Whereas Cardinals fans, who heard Buck deliver that lousy World Series call, feel that since he left town he has worn a bogus mask of nonpartisanship. “I’m a man without a country,” Buck said. “I’m Snowden.”

There is nothing – literally nothing – in this story that makes me like him any more. Joe Buck’s not the worst thing in the world, but he’s not underrated either. – PAL

TOB: My favorite part, aside from having Rich Eisen ask his now-wife for her number for him (and, really, Rich saying the number was for someone in the press box and her saying, “Please don’t say it’s Joe Buck” is just *mwah* perfect; also, getting your first tattoo because a woman you just started dating says she likes guys with tattoos is just *so* Joe Buck), is this passage:

In 2012, Will Leitch listed the indictments against Buck: that he was “smug” (that word again), that he under-emoted — that is, he didn’t seem as excited to call the game as those of us at home were to watch it. Buck said the second gripe was occasionally true, but not for the reasons his critics thought. Before a 2006 NLCS game, the public-address system at Shea Stadium played a song by the band Toto. Buck sang along in the booth — only to have the stadium take the camera feed and put his mugging on the scoreboard. “People booed the shit out of me,” he said.

Joe. Joe, Joe, Joe. They didn’t boo you because you were having a good time. They booed you because everyone thinks you suck! If you had been just standing there, you’d have similarly been booed. The interesting thing about this story is how inside-his-own head Joe is about his own likeability, or lack thereof. Sorry, Joe. Own it. Also, he complains about people still making fun of him for his pearl-clutching-call of Randy Moss’ hilarious fake-mooning TD celebration, but he doesn’t own that, either! Own the mistake, Joe. And tell us just what the hell was your problem that day.

This article was entertaining, but as Phil notes, not for the reasons it tried to be. If this is the kind of writing we’re going to get from The Ringer, Bill Simmons may be looking for a new home sooner rather than later. Let’s hope it goes up from here. I do miss Grantland.

Donald Trump Too Big of a Risk For PGA 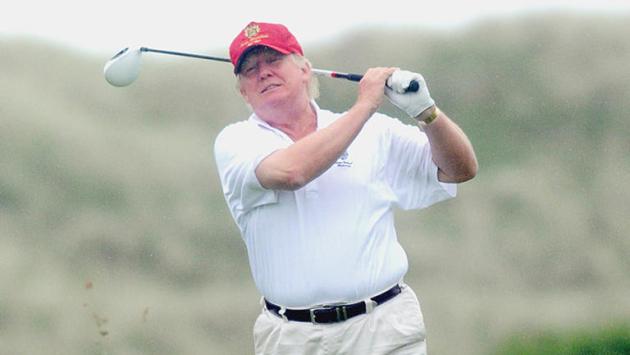 Donald Trump likes real estate. In the wake of the financial crisis of 2008, Trump bet big on golf resorts, and snatched them up at basement prices. Legendary Doral in Miami was one of those courses. Doral has long been a PGA tour stop, but after this year its tournament is moving to Mexico City. Cadillac is out as a sponsor, and the PGA Tour can’t find a replacement. One of the reasons might be Trump:

“But corporations hate controversy, and they especially hate political controversy. Companies sponsor golf tournaments precisely because they offer a way to market to upscale customers in a setting where the only controversy is about who is going to win. Although there are certainly chief executives and other corporate executives who are supporting Trump, corporate entities on the whole don’t want to be associated with polarizing political positions…”

Trump’s response to the tournament moving to Mexico City: “I hope they have kidnapping insurance.”

It’s not an isolated occurrence: “In Scotland, Trump’s Turnberry resort, which he bought in 2014, has traditionally been in the rotation to host the British Open. But the R & A, which organizes the British Open, indicated last year that Turnberry was out of the rotation after Trump’s comments about Muslims.”

So, what you have here is one of the most stodgy, yuppie, white Republican sports ever has deemed Donald Trump is too much of a liability.  Your presumptive Republican Presidential nominee, everyone. – PAL
Source: “They Won’t Play Ball With Donald Trump”, Joe Nocera, The New York Times (06/02/2016)

Madison Bumgarner threw 7 more shutout innings, striking out 10 along the way, on Thursday. His season ERA is down to 1.92, and he’s struck out 92 in 80 innings (all three are 4th in MLB). He seems to have finally made The Leap to Ace. But Bumgarner did something else Thursday – he hit another MadBomb, this time a 2-run shot to break a scoreless tie. 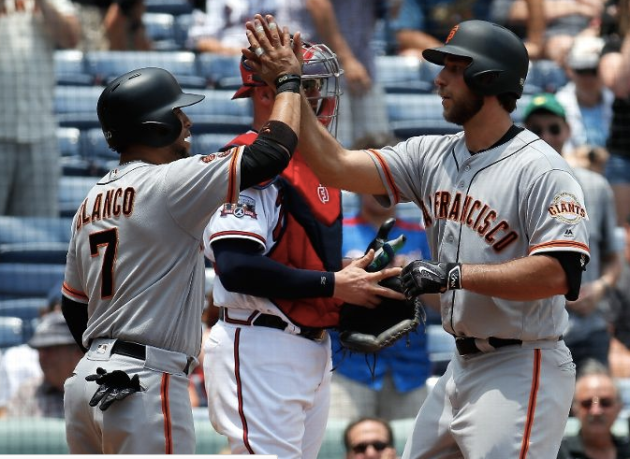 It was Bumgarner’s 11th home run in his last 190 plate appearance. In Mike Trout and Bryce Harper’s last 190 plate appearances? Also 11 home runs. I saw that stat on Twitter and it did not seem believable. But…it is true. Bumgarner is the Unburnt, the Breaker of Chains. The Giants have to seriously be considering how to get him more at bats, which is a crazy thing to say about a pitcher, but Hunter Pence is hurt and here we are – the Giants best pitcher is also their best power hitter. -TOB

PAL: To restate, Madison Bumgarner has as many homeruns in his last 190 at-bats as Mike Trout and Bryce Harper have in their last 190 at-bats. Let that marinate for a moment.

Pretty damn impressive. He is, however, hitting under .200, and obviously his at-bats are spread out over a much longer period of time because, as a pitcher, he only plays every fifth game. Look, he’s the best there is – plain and simple. Give the big, hairy American winning machine more rips, Bochy!

In all honesty, let’s get off the crazy train here, TOB. He’s got serious pop, but he’s a career .180 hitter with a slugging percentage under .300.

Only in Oakland. Gotta love it.

PAL Song of the Week

The O’Jays – “Emotionally Yours” (Bob Dylan)

Check out the entire playlist, now on accessible to all! https://www.youtube.com/playlist?list=PLXVNwdbBtwKSKDSve4quaUE46FCEm5ib-

“Oh, Elaine. The toll road of denial is a long and dangerous one. The price, your soul. Oh, by the way, you have until five to clear out your desk. You’re fired.”