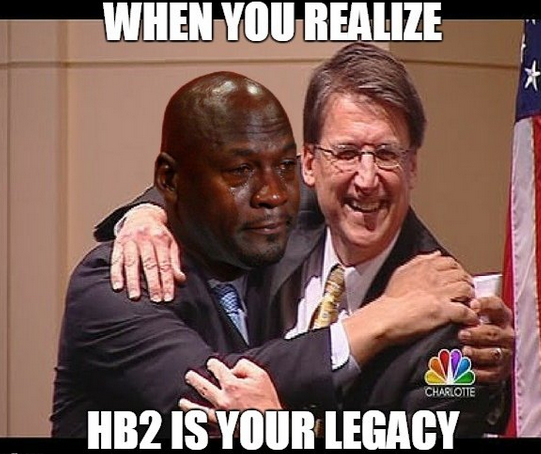 No Stars in North Carolina

The NBA did a good thing Thursday. It announced the 2017 NBA All-Star Game will no longer be in North Carolina. This is In response to North Carolina’s recent passing of what is referred to as “House Bill 2” into law, which eliminates anti-discrimination protection to the LGBTQ community by only allowing people to use restrooms in government buildings that align with the individual’s birth gender as listed on a birth certificate.

The NBA isn’t the first to show North Carolina the cost of stupidity. Several musicians have cancelled shows, including Ringo Starr and Bruce Springsteen. Additionally Deutsche Bank and PayPal have cancelled expansions in North Carolina. We’re not talking about a couple million dollars and a dozens of jobs here – we’re talking hundreds of millions and thousands of jobs.

The response from those in support of HB2 is misguided at best. Governor Pat McCrory had the following response: “American families should be on notice that the selective corporate elite are imposing their political will on communities in which they do business, thus bypassing the democratic and legal process.”

Wrong, Governor. They are not imposing political will, you moron. They are showing you the economic, public relations, and cultural ramifications of passing laws that promote discrimination, bigotry.

As for the sports angle here, it’s nice to see a sports league unafraid to take a stance on a civil rights issue. Good work, NBA. – PAL.

TOB: Good stuff, Phil. The question now is: will other leagues follow the NBA’s lead? 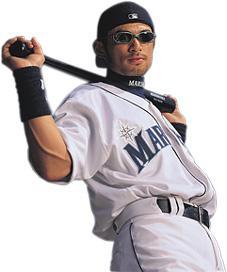 Really interesting career retrospective on Ichiro here. For an all-timer, I didn’t know much about him outside of his legendary batting practice exhibitions of power. Oh, and that he’s a hit machine. Just a reminder, he’s about to collect his 3,000th hit in in MLB, which he joined at age 27 (he had 1278 hits in Japan)! Definitely worth the read. Some of my favorite nuggets:

Congrats, Ichiro. As this story points out, he carried the weight of Japanese baseball on his shoulders when he came to the bigs. While Hideo Nomo came over before him, Ichiro was the first touted position player to try to make the jump. As the “Jordan of Japan”, Ichiro had a nation watching, and he delivered. That’s legendary stuff. – PAL

TOB: I get that we can’t count his hits in Japan and declare him the MLB’s Hit King, but I want to offer a couple thoughts to those who think those hits mean nothing because they think the Japanese league is not as competitive as MLB. First, Ichiro averaged about 177 hits per year in his 7 full seasons in Japan (they play less games). He batting average was .353. But his numbers were as good or better in MLB. In his first year in here, he collected 242 (!!) hits and batted .350. He won the Rookie of the Year AND the MVP. In 2004, he set an all-time record with 262 (!!!) hits in a season and batted .372 (he was just 20 hits shy of batting .400). He had at least 200 hits (and usually way more) in each of his first TEN seasons in MLB (no other player has more than eight for their entire career). His career batting average is .314, and it would have been .337 if he had retired at age 37, when he left Seattle. Oh, and he won TEN Gold Gloves by making insane plays like this:

This is not a guy who destroyed the Japanese league and then came over here and was not as good. Ichiro destroyed EVERY league. I’ll also point out that in the only three World Baseball Classics, Japan has 2 gold medals and one bronze. The United States has ZERO. So, you might not want to credit Ichiro’s 1,278 hits from Japan, and that’s fine. Pete Rose is still the MLB all-time hit king. But drop the Americentric crap, because Japanese baseball is very good, and Ichiro has always been great. And he has the most hits of any professional baseball player, thanks.

The Angels suck, so you don’t hear much about him anymore, but make no mistake: Mike Trout is still stupid good. Historically good. If he keeps up his current pace this season, he will finish the year with the highest Wins Above-Replacement (WAR) in MLB history for any player through age 24, passing Ty Cobb. So far this year, he’s first in the AL in WAR, second in on-base percentage, fifth in slugging, and second in OPS+. Plus, he’s once again stealing bases at an elite level and still plays great outfield defense. 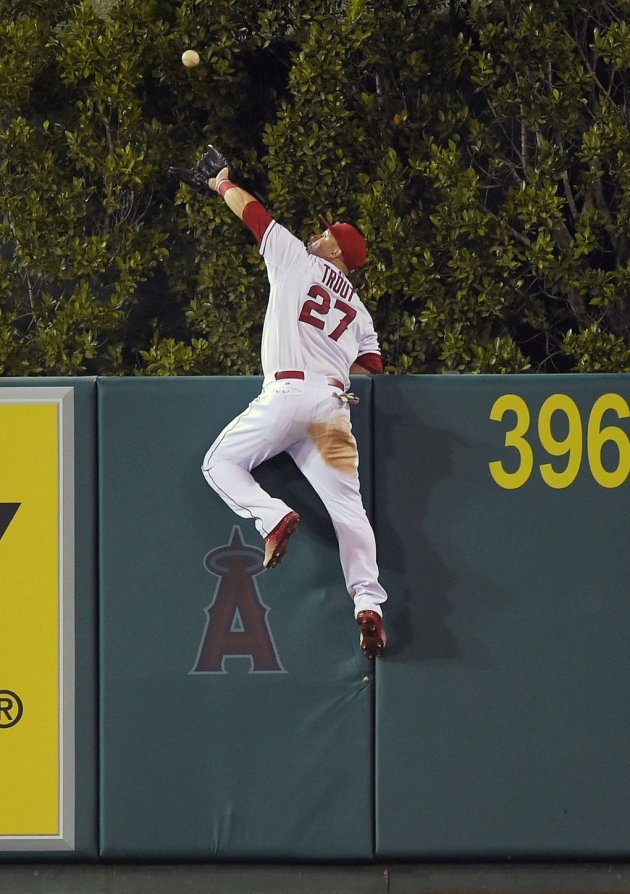 But…the Angels really suck. And there are rumors that Trout could be trade bait this deadline, which seems unfathomable, but you never know, if someone offers an absolute blockbuster of elite prospects and young, proven talent…

So FiveThirtyEight looked at what the Angels would need to get back for fair value for Mike Trout. The short of it? It’s not possible. His value is double that of an ENTIRE top-ranked farm system. So, unless two teams can convince Commissioner Manfred to allow them to use Mike Trout as a timeshare, the Angels would be idiotic to trade him. They can’t possibly get enough value back.

PAL: He’s 24. The Angels would be trading the best young talent for what – more young, less talented players? Yeah, that makes no sense.

And the Raffle Winner Is…Us. All of Us.

God damn this is funny. A third-tier English soccer team “held” a raffle to raise some money, with the prize being one lucky winner accompanying the team on a trip to Hungary. The deadline for the raffle came and went with no word, so some fans inquired and they announced the name of the winner, James Higgins. The team leaves for the trip, and there’s no word or sign of James. Fans inquire. The team then announces James was too sick to make the trip. Then the team offers a refund to everyone who bought a raffle ticket. Why would you offer a refund just because the winner couldn’t make the trip? Click the link to see the whole story unravel. -TOB

PAL: Jesus, 1-2-3 could have a more successful raffle than this team. Love the cover-up. I imagine it went something like this:

Marketing Director: They’re still coming in. How many do we have?

Marketing Director: Ha-ha. Very funny. For real, how many?

Marketing Director (collecting his thoughts and assessing how his career has come to this): I have an idea. It’s a little risky, but it’s not like anyone pays any attention…

Why do taller players typically and historically suck at free throws? This (very good) article suggests it boils down to players getting what sports fans know as the yips – in other words, it’s psychological. It’s a pretty compelling argument:

“When was the last time you drank from a cup?” Dr. Christian Marquardt is on the phone, and he almost makes me spit, because surely he can’t know that I have taken a sip of coffee that instant. He’s a leading sports psychologist studying the neurological causes of the yips at the Science and Motion facility in Munich, Germany.

I tell him that I literally just took a sip of my coffee.

“Did you put any attention on it, or any thought? Or did you just drink it?”

“Now, imagine it was completely filled up with hot liquid. You don’t want to spill it. All of a sudden, you will act very differently.”

He’s right. Thoughts about how tightly I’m gripping the handle, the precise twist of my arm, the angle of the cup to my mouth …

“Because,” he explains, “you start thinking about the consequences of failure.”

You should really read this article. It’s a fascinating look into how the psyche affects physical performance. -TOB

PAL Song of the Week

Check out “Obvious Child” and all of our weekly picks below:

Fred Simmons: Well, I rebuilt the engine about a year ago. New tires, new brakes. Gotten this baby up to 157 on the open highway, plus there were 2,000 rpm’s left. It’s a very special car. It means a lot to me. And sure I wanna sell it, I wanna get rid of it, but that doesn’t mean I’m gonna unload it on any little yahoo that comes in here off the street, thinking this car’s neat-o. I wanna check your credentials. I gotta know what kind of man you are. Why don’t you tell me a little bit about yourself?

Man Who Buys Car: Well, I’ve always wanted to drive a car like this, since I was a teenager. I’ve got two kids, and I’ve got debt up to my ass. My wife said she’d divorce me if I wasted my money on this. I don’t care, I want it anyway.

Fred Simmons: I hear what you’re saying. And I like it. You got yourself a deal.