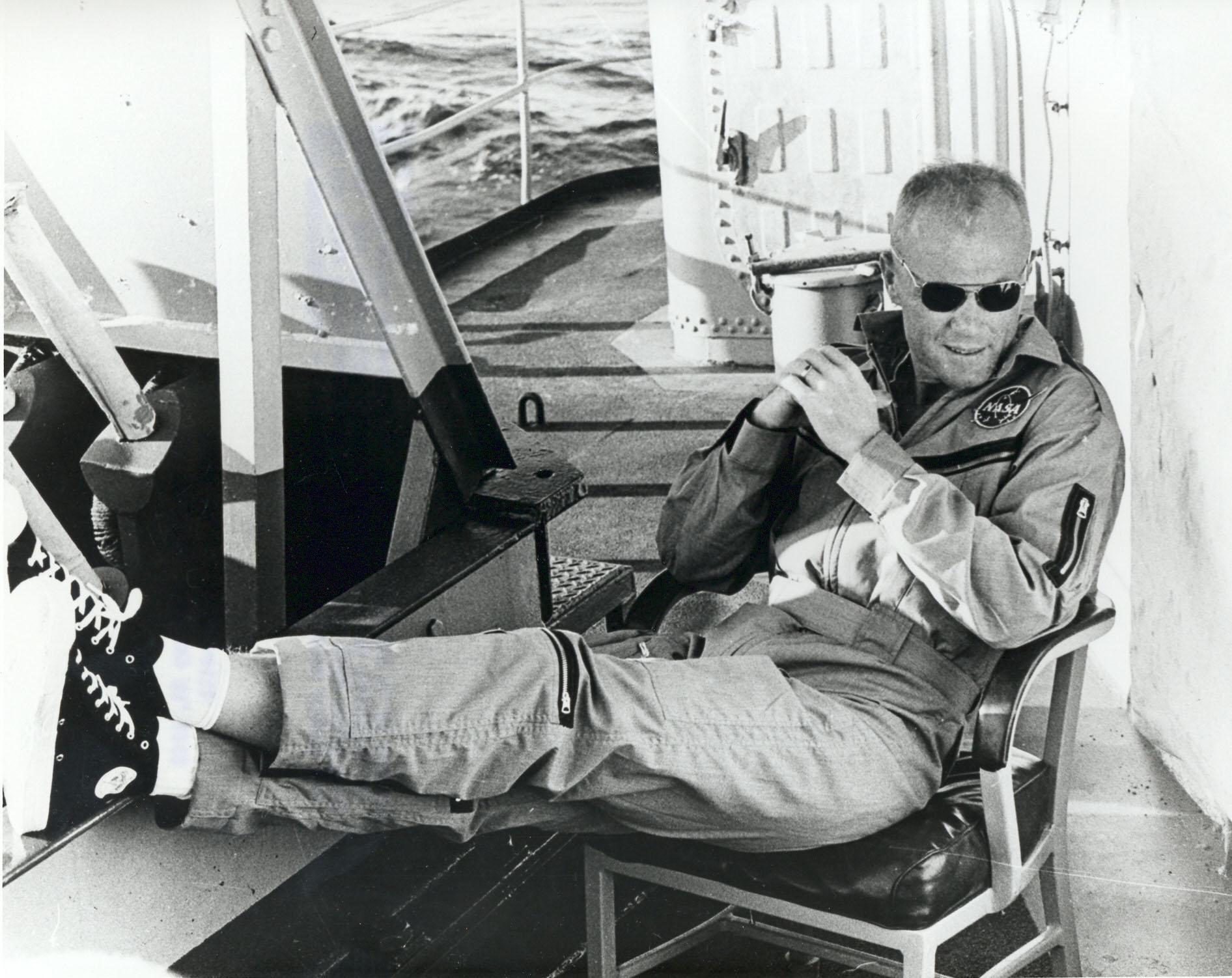 What the hell is the Rule 5 Draft?

Here’s a great article about one of baseball’s many traditions that – even as an avid baseball fan – I never understood: The Rule 5 draft.

First, for an explanation of what it is, let’s look to MLB.com:

“[T]eams with open 40-man roster spots can select players with four to five years of pro experience from other organizations if said player hasn’t been protected on the 40-man roster…Each selection costs $100K, but it’s not mandatory for teams to make picks. Clubs must carry chosen players on their active rosters (or the major league disabled list) throughout the entire 2016 season. Doing otherwise would expose them to waivers, and they’d then be offered back to their original club.”

In other words, it prevents teams from stockpiling draft picks without advancing them through the minor league system and onto the big league club. For the players, the sh*t or get off the pot rule gives them an opportunity to make a move with a new team if there’s no chance of a MLB future with the team that holds their rights. Notable players picked up in the rule 5 draft include Roberto Clemente (HOF), Johan Santana (2-time Cy Young winner), and 2010 AL MVP Josh Hamilton. While these success stories are the tiny exception, their names are worth highlighting considering the circumstances in which they were given a next chance.

The Rule 5 Draft is the last agenda item for the MLB’s winter meetings, and while nearly every baseball executive is in the room, the entire draft takes less than 30 minutes. “The room is set up with a podium at its front, and 30 tables with four or five representatives from each team,” writes David Waldstein. “Behind that setup is seating for scouts, major league officials, agents and reporters. But since the event is so brief, many stand at the perimeter, close to the doors, some with their suitcases at the ready.”

I love how this event about minor league cast-offs and no-names caps the multi-day winter meetings, during which the headlines are dominated by huge trades and free agent acquisitions (See: Aroldis Chapman going to the Yankees – 5yr/$86M  and the Giants landing Nats closer Mark Melancon – 4yr/$62M, both contracts are staggering for a relief pitcher). – PAL

TOB: I gotta be honest – I did have a pretty good idea of what the Rule 5 Draft was. I think last year, when the Giants lost Adam Duvall, who then turned into an All-Star and Home Run Derby participant with the Reds, I decided to figure out what the hell the Rule 5 Draft is. But then I read the MLB.com explanation and I was lost. So I read the article and think this makes it much more clear:

In existence since 1903, the Rule 5 draft allows teams to select players from the farm systems of other clubs who are not on those teams’ 40-man rosters. The players must have been in the minor leagues for four or five years, depending on how old they were when they signed, without any major league service time.

Remember Bryson DeChambeau? He was the eccentric, physics-major amatuer at the Masters who was in it for a minute and ended up finishing 21st. He’s a heady guy who’s looking at a game that he’s really good at (individual NCAA champ, US Amateur champ) with no time for conventional wisdom. The most known example of this was front and center during the Masters, when commentators whispered into the microphone about how all of his irons are the same length (typically, the lower the iron, e.g., a 3-iron, the longer the club).

This makes perfect sense to me! If the key to putting is a straight, consistent arc of the swing path (and power isn’t needed), it seems grounding that in the arm’s more natural movement – back and forth, like how you swing your arm when you walk – would be more likely to produce a more consistent result. Conceptually, I’m down with DeChambeau (and I just like saying that name). The only thing left to do is test the hypothesis and see how long (if ever) it takes for a better approach to overcome other professionals’ repetition and near perfection of the standard approach.

For a sport I barely watch (Sundays of US Open & Masters), this is the kind of guy that will keep me minorly interested. Makes a somewhat boring sport a bit more interesting. – PAL

TOB: I saw him putting on TV this week, while walking by a bar, so there was no sound. It was the damndest thing. “Man, how funny. I wonder if it works.” He sank the putt, and I chuckled. And then I thought of the Skip Baylesses of the world shouting in faux-anger about what an abomination to the game this is. Oy. I’m so glad I stopped watching ESPN, except to watch actual games.

This continues to infuriate me. Really, it’s not about the green pools we remember on TV, or whether or not the Olympic Village was ready to go at the start of the Games. What infuriates me is the promise on which the Olympics are sold to local communities, and the ruin left in the wake of recent games.

The Olympics, the symbol of all that’s supposedly good, pure, and wholesome about sports is, at its core, a scheme for crooks on the take. After the athletes and the tourists and the cameras leave, Rio continues to unravel.

Today, state-run hospitals are in “total chaos”. Robberies and homicides are way up. Throw in stagnant oil prices and a governor bribery scandal to boot, and you have a state of Rio that’s broke and failing at providing basic government – hell, human – services. And guess who didn’t have to pay their share?

“The Olympics were never meant to be an economic panacea for Rio, but there was certainly hope that the games would boost the local economy. Instead, officials are now trying to figure out if tax cuts awarded to corporations involved with the Olympics actually worsened Rio state’s financial situation.”

The long-term impact of hosting the Olympics can be catastrophic. Political scientist and professor Mauricio Santoro, himself a state employee, says the government’s policies have clearly failed residents of Rio de Janeiro.

“What we can say is that it was a bad decision from a financial point of view, and that giving these tax cuts did not result in jobs or economic growth to Rio,” Santoro says. “And now the state is broken, and it has to cut salaries and pensions, so hundreds of thousands of people are going to suffer very negative impacts because of these decisions.”

So what’s the solution? Can we just ID locations that have existing infrastructure to actually host the Olympics? LA, Vancouver, London, somewhere in Switzerland or Norway, Nagano, Sydney…where else am I missing? This doesn’t need to be set in stone forever, but this open bidding and the lie of jumpstarting the local economy has to stop. – PAL

Order Restored to the Universe: Knicks Gettin’ Clowned On

The Knicks had been quietly playing pretty well, winning 7 of their last 10. New Yorkers were predictably puffing out their chests and thinking big things, as the NBA’s defending champion Cavs came to town this week. And then…the Cavs went HAM. Things were so bad that, late in the 4th, up 31 points, the Cavs stars were on the bench doing the water bottle challenge. To wit:

Last year, Phil and I went to a Cal football night game. It was Phil, a Minnesota native, along with three lifelong Californians. Somehow, we were all fine and Phil whined endlessly about how cold it was. I finally checked the temperature and it was only in the 50s. The 50s! I revoked his Minnesota Card right then and there. I tell this story, in part so I can laugh about it with Phil’s brother when I meet him this weekend, and as a nifty little seque to this story, of Packers wide receiver Trevor Davis, a rookie out of Cal and a Bay Area native (his college football career started at Hawaii, too), as his first winter in Green Bay begins.

Somehow, it’s December, and Trevor didn’t have a winter jacket. So his teammates took him to buy one, and MMQB tagged along. There are some real gems in here from Trevor:

“I knew I should get a jacket. North Face seems to be a popular brand. I’ve heard of parkas, or something like that. I don’t really know what a parka is. I think that’s the thing with furs on the hood? Is that what makes a parka a parka?”

Trevor is now ready to roll.

PAL: Low blow, O’Brien. Low blow. If only Cal football went for the jugular like you do, then maybe they’d compete with Standford in the next decade or two.

A complete exaggeration of a story. I mentioned leaving once.  While my brother might agree with you, TOB (god, that would really suck), there’s always open invitation for to come on back to the land of Dylan, Prince, Herb Brooks, and Kirby Puckett to have a competition to see who can better handle the cold. I challenge you to the Polar Plunge:

TOB: Hey, if Cal implemented a systematic and institutionalized steroid program like Stanford, I’m sure we could win a Rose Bowl or two, as well. But then, how would I sleep at night?

As for the cold: nope. I have witnesses. It was repeated complaining for at least an hour. And I accept your challenge. You’re talking to a guy who grew up in Lake Tahoe and wore shorts and t-shirt to middle school in the middle of winter.

Look, I may not be rich, Mr. Blume, my father may only be a doctor, but we manage.