Clemson over Alabama in an instant classic.

A First-Hand Account of the Tragic Effects of CTE

Zac Easter loved football. His family still does. His dad was once a football coach at a small college, later coached his three boys in high school, and instilled his love for football in his sons. As a father, how then does Myles Easter, Sr. deal with the fact football, the sport he loves and introduced his children to, ended up killing his son, Zac? It’s a question I kept asking myself as I read this tragic yet masterful story. Sadly, he drinks. It’s hard to blame him, though.

Zac was your stereotypical wildman linebacker. As his brother said, “He was there to do some damage.” He was aggressive, and tough. He hit hard, and loved it. He started to get concussions, but did his best to hide the symptoms from coaches and medical personnel in order to stay on the field. In the end, Zac developed CTE, and he knew it years before he died and doctors were able to confirm it. He never played football beyond high school, but by the time he was in college he experienced depression, extreme mood swings, and crippling short-term memory loss. He often had trouble with remembering why he entered a room.

In the end, Zac Easter decided to take his own life. He couldn’t deal with the pain any longer. It’s a story we’ve read before, but the fact Zac documented his descent in a diary, and the way he did so, makes this story so compelling. It also makes this story so hard to read.

The writer, Reid Forgrave, weaves the diary and text messages to and from Zac’s girlfriend, into the story, creating a feeling that you are reading Zac’s downfall in real-time. It’s certainly enough to erase any lingering question in my mind whether I’d let my sons play football. After reading this, how could I?

PAL: The last few years have been full of CTE stories, but this story is remarkable because the tragic figure, Zac Easter, is boy when the problems begin and a very young man when they end. He’s not a retired N.F.L. player. What’s more, there’s very little distance between the reader and Easter.  His  journal and texts don’t let us step back from the merciless process of losing one’s self. In writing this story, Forgrave’s greatest achievement is staying out of the story whenever possible, moving us along from Zac Easter’s journal and texts.

There are passages in this story where the tension and stakes are so high that you feel like you’re running alongside the people in Zac’s life. It’s difficult to read, but it’s too powerful to put down. 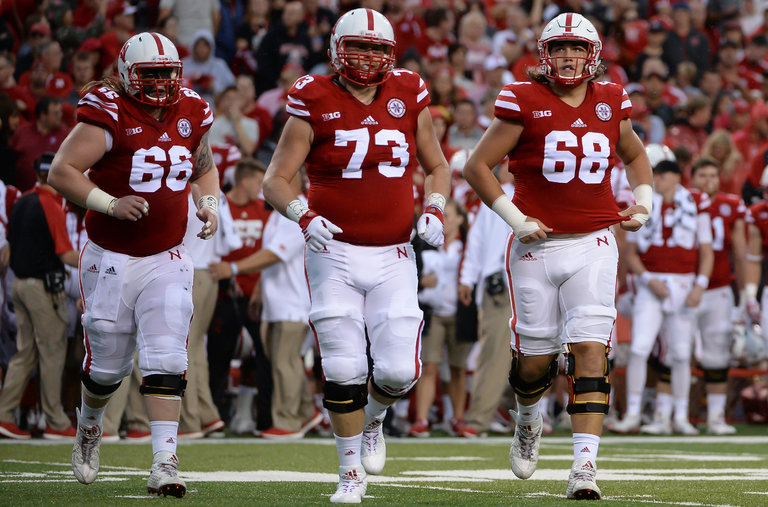 I hardly even noticed it anymore until I read this story. Every lineman in football seems to wear knee braces. Some are the result of past injury, but as this story highlights, many college teams mandate…wait for it…”prophylactic bracing”. Call me a 12 year-old; I don’t care. That’s hilarious.

Here’s the thing: Multiple studies have shown that braces might not prevent knee injury. In 2008  “a systematic review of all studies on whether knee braces prevent injury…concluded that the issue was not so clear-cut. The methodology of the [previous] studies was flawed in many cases, the review found, and several studies even indicated that wearing braces might increase — not decrease — the risk of knee injury.”

Brian Pietrosimone, an exercise science expert who’s done a bunch of research on prophylactic bracing (hehehe), says “In some ways, it has become like taping ankles.  Just about everyone wraps tape on players’ ankles prophylactically, and there is, in reality, very little evidence to support doing that.”

So why do colleges mandate something that isn’t certain to work, especially when many players loathe wearing the braces? My hunch: C.Y.A. Cover your ass. Who cares if it works, it works in that it shows coaches and team medical staffs did the best they could. The problem is that they aren’t doing the best they can. They aren’t listening to their players, and they aren’t paying attention to research that’s taken place in the last 20 years.

There’s hope for those Big Uglies that are good enough to play on Sundays after college. The CBA makes it more difficult for “blanket equipment mandates”. – PAL

This week, Chargers owner Dean Spanos announced he is officially moving the team to Los Angeles, beginning next season, ending the team’s 50-year stay in San Diego. Yes, that logo up there is real. After it was lambasted on Twitter, the team claimed it is just a placeholder.

Spanos had until this week to determine whether he’d exercise the option to move to L.A. He did so, and it cost him about a billion dollars – he must pay the other owners a $650M relocation fee, and he turned down a reported offer of $350 million from the NFL toward construction of a new stadium. San Diego voters declined to build him a $1.8 billion stadium in November’s election.

The team does not move under the best of circumstances – having seen the Rams play in front of thousands of empty seats at the L.A. Coliseum this season, the Chargers will play two years at the 27,000-seat StubHub Center, home of the MLS’ L.A. Galaxy. No, that was not a typo. The stadium holds 27,000 seats. After two years, the Chargers will share the $2.6 billion Los Angeles Stadium and Entertainment District at Hollywood Park (or LASEDHP, for short)…except the Chargers will merely be a tenant.

Sports Illustrated’s Jack Dickey uses this context to survey the current state of NFL ownership and makes this excellent point:

“An observer from outside the sports world could reasonably conclude that the NFL is in actuality a trade group for land barons, and that the game of football is a front. Most owners seem to aspire to little more than keeping up with the Joneses—Jerry and Stephen, in this case. Each new stadium and each renovation pushes existing stadiums toward supposed obsolescence….”

Spanos moved because he felt the team was worth more as a tenant in L.A. than it was in San Diego. Owners don’t care about fans. Or even ticket sales, which is a short-term salve. They care about the resale value of the team. Good for San Diego voters in recognizing that fact, and telling Spanos if he wanted to walk, then he should walk. If all cities would make the same decision, the charade NFL owners are playing would be up. -TOB

PAL: It’s morbidly fascinating that we are financing new football cathedrals while C.T.E. seems to becoming an all too common story. Who will fill the stadiums in 20 years? I don’t know, but rest assured the current owners will be out of the game with another couple billion (what does that even do for a person?) long before the downfall.

And – yes – good for the people of San Diego. I’d rather build a sandcastle on the beach than build an stadium for an owner.

I was a huge Pudge fan, and he gave me one of the most impressive moments in sports fandom. I was at a Twins game while he was still young with the Rangers. Either we had good seats behind home, or the Dome was so empty that I roamed over there. He threw down to second in between innings – really let one go. I swear to you the ball was never more than 3 or 4 feet off the ground. At the end of the throw – hand to god – the baseball rose right at the end. I swear, runners we’re scared to get hit by the ball:

Maybe the rise-ball is an optical illusion, but Pudge’s throwing runners out was the most impressive thing I’ve seen live at a baseball game aside from Bonds turning on a pitch and sending it into McCovey Cove from super close seats. Pudge is the best defensive catcher (13 Gold Gloves), an excellent hitter (2,800 hits, 311 HR, 572 2B), and he inspired me to wear a fake pair of Oakleys under my mask in youth league (terrible or bold – I still don’t know).

While my dad might have a case for his favorite, Johnny Bench (Dad – give me a call and I’ll show you how to leave a comment), Pudge is the best I’ve ever seen behind the dish, and I can’t imagine anyone better. – PAL

TOB: Let me throw a name out there. Gerald Dempsey Posey. Don’t scoff. Like Pudge, he has an MVP. Unlike Pudge, he has a batting title. He plays in a pitcher’s park, not that bandbox in Arlington. He has caught three World Series titles. And through his first 7 seasons in the majors, his WAR of 33.5 is well above Pudge’s 24.8 through his first 7 seasons. Yes, Pudge had a better arm (Pudge’s 46% career caught stealing percentage is quite a bit better than Buster’s 33%). But Buster is also the best pitch-framer in the game, and puts his pitchers first. As this article details, Pudge put his own caught stealing stats above what was best for his pitchers, and his pitchers often groused about it both his framing abilities and his pitch calling, as he sacrificed both in order to put himself in the best position to throw out a runner. You can have Pudge. I’ll take Buster.

This is why you should teach your kids to throw a football.

PAL Song of the Week: Booker T. Jones – “Everything Is Everything”

I can’t believe what a bunch of nerds we are. We’re looking up “money laundering” in a dictionary.