I’ll roll with White Goodman in this competition.

The Athlete Stock Market is a Real Thing

One of the advantages of being snowed in this weekend was that I had nothing to do but watch the NFC and AFC Championships in Tahoe while eating smoked tri-tip. Outside of the college national championship game between Clemson and Alabama, I don’t think I watched a full football game on TV this year. I’ll admit it: I was eager to hunker down, and while the games were duds, I was impressed with a couple of dudes I’ve never heard of before. Chris Hogan of the Patriots exposed the Steelers, and Mohamed Sanu was part of the Falcons receiving core that flat out overmatched the Packers secondary. So when I was scrolling headlines, Sanu’s name stood out. The story his name is connected to is unbelievable at first glance, but the logical next step of fandom once you think about it for a moment.

Did you know there is a stock market for athletes? This is real. As the NY Times’ Ken Belson explains:

“Sanu is one of a handful of N.F.L. players who were paid a hefty upfront fee by a company called Fantex Holdings in return for a share of his future earnings.

“The company formed a trading exchange several years ago on which investors could buy and sell shares of a tracking stock tied to an athlete’s financial performance and which rises or falls based on the athlete’s perceived value. The idea was to create a chance for investors and fans to cash in on a player’s rising fortunes, whether it be a new contract, a sponsorship deal or other sources of income related to his football career.”

First there were sports cards. Then came fantasy sports. Daily fantasy (gambling fantasy). And now this: Player investment for regular folks. The concept makes perfect sense for the level of players linked to Fantex.

Arian Foster was the first, and he was paid handsomely for it: $10M for 20% of all future earnings related to his football career (player salary, sponsorship, or “other sources of income related to hit football career”). It’s worth noting the company pulled Foster’s “IPO” after he tore his Achilles in 2015. Foster struck a deal with Fantex in 2013. He retired midway through the 2016 season. Back of the napkin math tells me he took the upfront $10M, knowing that he’d come out ahead unless he made more than $50M due to football.

Here are other players who’ve struck a deal with Fantex, their upfront payments, and the percentage of earnings they cut to Fantext*:

Does it make sense for Tom Brady, Aaron Rogers, or Julio Jones? Not likely. One would think they’ve made enough money already to negate the kind of insurance policy Fantex offers players. But remember – most N.F.L. contracts are not guaranteed. The idea makes a lot of sense for players with uncertain futures (pretty much all players in the N.F.L), and I get it from Fantex’s perspective, too. While I understand the logic from a fan/investor perspective, who the hell wants to bet on the outcome of a professional athlete’s career? Oh wait – people will bet on anything.

I’m not a gambler, but it isn’t the rush connected to betting on sports in the immediacy of it? You make a bet, you watch the game. You win or you lose, and in some ridiculous way, you feel like you partook in the sporting event. Also, doesn’t this feel like a setup ripe for insider trading? What incentive did Arian Foster have to be forthright with Fantex when he signs that deal? I guess Fantex would be worth a nickel if it didn’t factor in that possibility as well.

I don’t know – this idea of trading in human commodities feels gross. – PAL

*numbers pulled from Fortune article in 2015.

TOB: Phil, you precious little snowflake, you’re looking at it wrong. In a way it’s a paid up-front insurance policy. You get a big chunk of cash, and it may end up costing you more in the longterm, but that’s the gamble you make. Makes sense to me. Foster made out like a bandit. He was paid $10M by Fantex in 2013. From 2013-2016, he made less than $20M, 0f which they got $4M. Although it does sound to me like Fantex might also get a cut of earnings outside of football, such as endorsements.

By the way, who would have been your best ground floor player? Mine would have been Aaron Rodgers, who I knew was going to be great the first time I saw him throw a pass in a college game, and who I still thought would be great even when he was backing up Brett Favre for the first three years of his career. I also would have liked to buy low on Marshawn Lynch when he left Buffalo. I still believed, damnit.

This might be one of the stupidest and most amusing stories I’ve read since we started this blog: Costco started selling golf balls under its Kirkland brand for $29/2 dozen, about half the cost of many name brands. Costco, as it turns out, got them from the same Korean manufacturer who creates golf balls for TaylorMade. As with Two Buck Chuck and Trader Joes, the manufacturer had a surplus and sold them cheap to Costco. 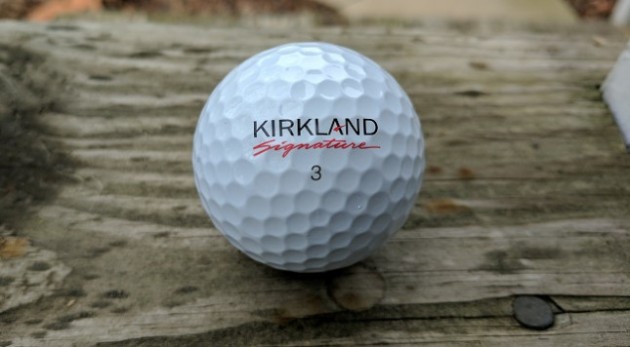 Word got out, thanks to the internet, that these Kirkland golf balls were actually really good, and they began to sell like hotcakes. They sold out quickly, and thus created a secondary market for these Kirkland golf balls, where they are selling on eBay for twice their retail price which *bangs head on the wall* is the SAME PRICE YOU CAN GET THE TAYLORMADE GOLF BALLS FOR. I felt like I was taking crazy pills reading the golfers in this article, talking about the lengths they go and the prices they pay to get these Kirkland golf balls…while the exact same ball is available for the same price at your local Dick’s Sporting Goods. Somebody pinch me. This is too stupid. I must be dreaming. -TOB

A Comeback for the Ages

The Williams sisters, Venus and Serena, will face off in the Australian Open finals this weekend. It is the first finals appearance in a major for Venus since 2009. Serena has the chance to break her tie with Steffi Graf by winning her 23rd major, which would be the most in the Open era. It’s pretty cool, but I was struck by the story of the woman Serena beat in the semifinals – Croatian Mirjana Lucic-Baroni. Mirjana is 34, still younger than both Serena and Venus, and ranked only 79th in the world. Mirjana’s appearance in the semifinals is her first in a major since Wimbledon in 1999, when she beat Monica Seles in the quarters only to lose to Steffi Graf in the next round. 1999 feels like a lifetime ago to me, and must feel like more to her. She was 17 then, and big things were expected of her. She dropped off the tour for years after publicly accusing her father of mental and physical abuse as he groomed her for tennis stardom. She then ran into financial problems, and dropped off the tour again in the mid-2000s, not returning until 2010. Knowing that backstory certainly gives some context to her on-court interview after making the semifinals:

I saw this before she lost to Serena in the semifinals. I am a big fan of Serena, but it was hard not to root for Mirjana. What a great story. -TOB

Add dodgeball to the list of sports Alex Smith sucks at. pic.twitter.com/kft4Ism7Oy

This should surprise exactly no one.

“I get it, you caught the scent of a lesser stag in your nostrils. Pity. ”