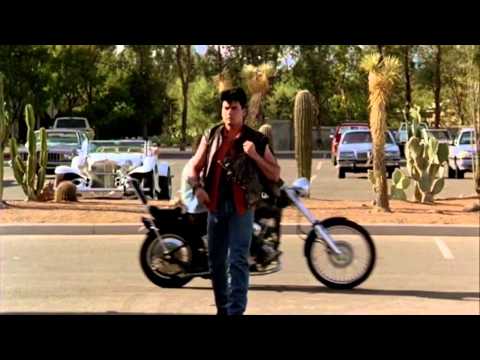 That’s how you arrive to spring training.

College football is very popular, there is no dispute about that. But other than the elite programs, a vast majority of college football programs are staring down a real crisis to which there is no easy solution: The paying fanbase is getting older and, relatedly, smaller.

Those guys are UNLV fans, while the article focuses on Fresno State, where 49% of season ticket holders are 56 years or older, and only 9% are 35 and younger. As a result, ticket sales are dropping, and revenues are way down. But it’s not just at Fresno: ticket sales nationally have dropped for six consecutive years.  The reason is pretty simple: In the past, very few games were televised. If you wanted to see your team play, you went to the game.

But unlike decades past, every single major college football game is now available on TV. Every week, fans are faced with a decision: (1) travel some distance, fight traffic, pay a lot for parking, pay for the ticket, buy overpriced and mediocre stadium food, (in most cases) be unable to buy a beer, and sit in an uncomfortable seat or bench for, these days, nearly five hours per game including seemingly endless TV timeouts, then fight the crowds to get out and fight traffic to get home; or (2) sit on your couch with a 70-inch TV screen, drinking your beverage of choice and eating anything you’d like, with the ability to pause the game at any time and later fast forward through commercials, and when the game ends, either get on with your day or go to bed.

More and more fans are opting to stay home, and that’s a real problem for college football programs. As Richard Southall, director of the College Sport Research Institute, puts it:

“By and large you have a whole generation of fans, and not just young fans, who have grown up with college sports and all sports being consumed primarily on television,” Southall said. “And as season ticket costs have increased and the need to donate to get better seats, etc., etc., the fact of the matter is for the affordable tickets, the sight lines are not comparable to what you get on television. So, do I want to go to a stadium where I’m up in the nosebleed seats or do I want to have that view on my nice flat-screen TV? And think of what’s going to happen with virtual reality … if I plop my goggles on and I’m going to watch this thing in virtual reality, that’s going to be even more of a challenge because then the experience is immersive.”

Winning, of course, helps a lot. But college football will not survive without a strong middle class, and those programs are hurting. It doesn’t help that the tactics touted in the article are not the solution:

“Is it a fun place to be? Is the environment great? Is it connective? Can you share experiences? Is it a hyped-up, really great environment? If it is, then they’ll show up. But if it’s run-of-the-mill and kind of looks like it did when they were 10 years old and they went with their mom and dad, that’s not going to be enough.”

No. No, no, no, no. No. As a Cal football season ticket holder I can tell you this crap mentality is how Cal games got inundated with crap like “Simba Cam” and “Muscle Cam” and an endless parade of annoying games during breaks. It’s stupid. Not one person enjoys it. It’s loud and it’s distracting and it sucks. Just shut up and let the band play.

So what is the solution? How do you make attending games fun, while also attracting a likewise lucrative TV audience? The NFL, of course, had a local TV blackout policy for decades: if the game didn’t sell out, the local fans could not watch. This incentivized fans to go to the game. This policy should be on the table for NCAA football.

More than that, though, they need to improve the gameday experience. Games should not be 4 and 5 hours long. Get it back to 3 ½ hours. To do so, TV timeouts need to be shortened, and occur less often. The means of doing so is simple – constant TV ad banners, as in soccer, instead of actual commercial breaks. Soccer does it worldwide, football can do it, too. This will cut the length of games way down, and prevent those long in-game breaks that make attending a game boring and “inspire” people like zWhitney Wagoner, above, to think college football fans are looking to be blitzed with “interactive” crap like the BART race game at Cal games.

This should improve things, considerably. And there we go. I just solved college football’s third biggest problem. -TOB

PAL: I, for one, love the “Muscle Cam”, and I will not – I cannot – stand idly by while you and your “in the good ol days” mentality besmirch its name.

The oversaturation of games on TV is the killer. And while the schools get a paycheck from the conference from TV deals, there appears to be a cost in terms of butts in seats.

The TV timeouts are insufferable. While a baseball game can be a 4+ hour experience, that’s due to how the game plays out. With football, it’s the TV timeouts seemingly every 5 minutes. There’s zero flow. The in-person experience for a non-marquee game is worse than the TV experience. No doubt in my mind.

Michael Johnson Jr. is a top 2019 high school football prospect. Jim Harbaugh hired his dad to be an Offensive Analyst for Michigan. Smells fishy, right? I agree. I dug a little deeper (and by “dug” I mean googled his name).  The dude is qualified for the position:

However, this isn’t the first time Harbaugh has hired parents of a recruit:

Harbaugh is playing the game within the rules of the NCAA, and I have zero doubt other coaches across multiple sports are doing the same thing. It’s just slimy and lame. I’m beginning to wonder if that’s my big take-away from sports in the past couple years: They provide me with some fantastic, awestruck  moments, and there’s a lot of slime underneath those moments. It’s getting harder and harder to compartmentalize. – PAL

TOB: This has been going on forever. And as Phil points out, this guy is qualified. But Harbaugh makes headlines, so here we are.

Obviously, we’ve posted our fair share of stories that land in the intersection of sports and politics in the recent past. TOB and I talk pretty much every day, and the conversation almost always touches on both topics. Wherever you are on the political spectrum, we’ve all been consumed by the the presidency since well before January 20th.

What is the value of athletes’ political beliefs? Should we care what Tom Brady thinks about the president? Is Colin Kaepernick’s kneeling during the national anthem an attention-seeking stunt, or a peaceful protest worth discussing? These are tough questions during a time where all sides seem to be on edge. It’s palpable.

Please read Jay Caspian King’s article on the topic. More than anything I’ve read recently, King adds some much needed perspective to the “stick to sports” debate.

He makes many thought-provoking points, but none more insightful than the following:

“The settled politics of the past, where details can be kept few and the tone nostalgic, are fine. We know, for example, that Jackie Robinson broke baseball’s color line, stole home and wore 42 on his back. Muhammad Ali championed equality and said some funny stuff to Howard Cosell. Billie Jean King beat Bobby Riggs. Their lionization reassures us that the stands they took were good — and can now be consigned to bygone eras.”

“The settled politics of the past…” – That’s what we lack right now, and it’s easy to forget, especially for younger folks, not everyone thought of Robinson, Ali, and King as heroic pioneers in the moment. It’s foolish to ignore that athletes speaking up helped settle the politics of the past.

None of the debates and social issues of today are settled. Not even close. But believe this: Athletes will shape the national attitude towards many social and political issues. Don’t worry. The smart ones, the courageous ones – those are the voices that will resonate.

So I say keep talking, athletes. I may not agree with all of them, and I’ll likely criticize some of them, or – in Tom Brady’s case – make fun of them, but keep talking. – PAL

TOB: I’ve written about this a few times over the last few months, and could not agree more. I don’t understand fans who put athletes on a pedestal and then ask them to shut up and play. My beef with Tom Brady was not that he supported the other guy. but because he showed his support and then wanted to pretend like that support didn’t mean something. Have the courage of your convictions and stand up for what you believe. I might not agree, but I’ll respect it. It’s a heck of a lot better than the “Republicans buy sneakers, too,” philosophy of Michael Jordan and other athletes of my youth.

The Invention of a Sport

The history of most sports, minor and major, are largely disputed. The only major sport with no real dispute as to its origins is basketball, invented by Dr. James Naismith at a YMCA in 1891. But who invented baseball? Soccer? Football? Rugby? Golf? All unclear, and hotly debated, as they all evolved over time. What about leisure sports like croquet? Horseshoes? The same. Even a relatively young and popular game like cornhole doesn’t have a definitive origin story. And so it was with great interest I read this story about Fowling. Invented by accident at an Indy 500 tailgate in 2001 by friends from Detroit. 16 years later, Fowling is taking off in Detroit, as inventor Chris Hutt has opened a massive Fowling warehouse.

The rules of Fowling (football + bowling) are simple. Ten bowling pins are set up. And two teams of two try to knock down all ten pins by taking turns throwing a football at them.

It’s silly and stupid and easy to play – I know I’d love it. What do you say, Phil? Let’s get some pins and go fowl. -TOB

PAL: Get some pins and go fowl? Nah. Let’s go to Detroit and do this for real. What a dumb, fun, entertaining story. The guy as the perfect chin goatee – of course he invented a new beer game.