Serena, Serena: Queen of the Mission

Serena Williams is the greatest female tennis player of all time. Few would dispute that assertion. Serena Williams is the greatest female athlete of all time. Not many would dispute that, either. Serena Williams is also cool as hell. She recently announced her engagement to Reddit co-founder Alex Ohanian. For most, the announcement came out of nowhere and was deeply funny. What an odd pairing (sample headline: “Who the heck is Alex Ohanian, and why would Serena Williams want to date him?” – Slate.com). I say good for her, though. Ohanian lives in San Francisco, which means Serena has been spending time here, especially in the Mission. On Sunday night Serena stopped by the tennis courts at Dolores Park and asked some locals if she could join them for a game of tennis. Their reaction is entirely appropriate: “Holy crap.”  So Serena played, in fuzzy boots:

Serena played tennis in boots with these 2 guys she saw on a court while she was out on a walk last night. IMAGINE. pic.twitter.com/kWXrTE73M9

Presumably, she beat the crap out of them. When I first read this I decided I’d pay $75 to get 30 minutes’ notice of this so I could see it, and maybe play. It also made me mad because we parked in front of those courts the day before. I missed her by only like 30 hours! I have famously maintained I could score at least one basket on Mike Bibby in ten tries. I still believe it. If I played Serena in tennis, though, I think I’d be lucky to put a ball in play. -TOB

PAL: You would not score on Bibby (unless he allowed it), and you would not put a single ball in play on Serena (unless she allowed it). Based on the 5-7 times I’ve played tennis, it’s a true athlete’s sport (caution: expert analysis), and – damn – she’s impressive. Good work, Ohanian. Very good work, indeed.

We do forget that icons are people that walk their dogs at night, and sometimes that walk goes by a park. If I were the G.O.A.T., I’d like to think I’d make someone’s day like Serena did in this video. We also separate their age from their wiki page. Serena is my age, and this story makes complete sense to me. An 35 year-old legend with even a tiny bit of perspective making someone’s day makes so much more sense than a 21 year-old superstar making someone’s day.

With that said, I need to see her kicking this guys butt on video!

TOB: Bibby Assumptions: He has to play defense as hard as he did in the NBA (not very hard). He does not get to know it’s a bet, based on how bad I think his defense is. It’s just normal Bibby defense. I’d get 1 in 10, no sweat.

Baseball Players Remain Silent on Politics, Much to My Delight

Yes, I am a complete hypocrite in this regard, and I am deeply deserving of shame for it. I have been openly applauding professional athletes standing up for their political/social beliefs over the last year or so. Athletes like Kaepernick, LeBron, Melo, WNBA stars, and more, have earned my praise, because they agree with me. Jayson Stark points out, though, that baseball players have been noticeably silent, and attributes it to greater diversity within MLB, and the fact MLB teams have evolved to maintain the clubhouse as a sanctuary from the outside world. I’m not sure I agree. I just have a very strong suspicion many of my very favorite players would be much harder to root for if their social and political beliefs are in fact what I suspect them to be. Oh well. Go Giants! -TOB

PAL: This was a long-winded story about the flip-side: Athlete’s don’t have to take a political stand if they don’t want to take a political stand. However, I would warn MLB players that there is a historical cost to this stance. When we talk about politics in 2017 – and we will for decades and decades – not one baseball player will be mentioned. Football players and basketball players will make cameos in history books. In other words, what’s the cost-benefit analysis of short-term criticism vs. a legacy of any real value? In other, other words – grow a pair, baseball players. The collective eye-roll that takes place every time you refer to the clubhouse as a “sanctuary” is all but audible.

Let’s get right to it. Baylor Women’s basketball coach had this to say on the court during senior night:

“If somebody’s around you and they ever say, ‘I will never send my daughter to Baylor,’ you knock them right in the face,” Mulkey said (my emphasis added). “Because these kids are on this campus. I work here. My daughter went to school here. And it’s the best damn school in America.”

She then proceeded to drop the mic, as if she was anything other than the pathetic shill at a pathetic athletic department to a pathetic school that sold its soul for a temporary relevant football program.

And then she doubled-down post-game:

“I’m tired of hearing it. I’m tired of people talking about it on a national scale that don’t know what they’re talking about,” Mulkey said in a press conference after the game. “If they didn’t sit in those meetings and they weren’t a part of the investigation, you’re repeating things that you’ve heard. It’s over. It’s done.

“I work here every day. I’m in the know. And I’m tired of hearing it. The problems that we have at Baylor are no different than the problems at any other school in America. Period. Move on. Find another story to write.”

What is she tired of hearing about, you might ask?

52 alleged sexual assaults by 32 football players at Baylor over a four year period.

Let’s do the math on that, Kim. 52 alleged assaults divided by 48 months equals 1.08 alleged sexual assaults per month by the football team over the four year span. That is not the same on all college campuses, you idiot. And guess how many players were kicked off of the football team…

I’ve watched the videos several times, and I remain dumbfounded. At best, Mulkey is pandering to a base of Baylor faithful who feel personally threatened by the actions of their football program gone rogue (see: Penn State). At worst, she is undercutting victims of sexual assault in an institutional environment that, through either ambivalence or enablement – and those are the only two options here – allowed for this to continue.

Clearly, Baylor knows this is more than a – and I hate the implications of this phrase – witch hunt. School President: Gone. Athletic Director: Gone. Football Coach: Gone. Title IX Coordinator: Gone. Oh, and they offered to pay the tuition of one victim in order to keep her mouth shut. Christian values, indeed.

Go to hell, Kim Mulkey. You’ve forgotten what makes great institutions great – the students. I don’t know if Baylor was ever a great school, but I know it’s not now, and it’s partly because people like Kim Mulkey choose to stand by the institution of Baylor in the name of football relevancy rather than support its students.

Source: “Baylor’s Kim Mulkey was out of line with her comments on Saturday”, Rob Dauster, NBC Sports (2/25/17)

Plagiarism at Its Finest

I read this article and thought, “Why have I never thought of this?”. That’s a great indicator of a 1-2-3 Sports! Story, my friends. 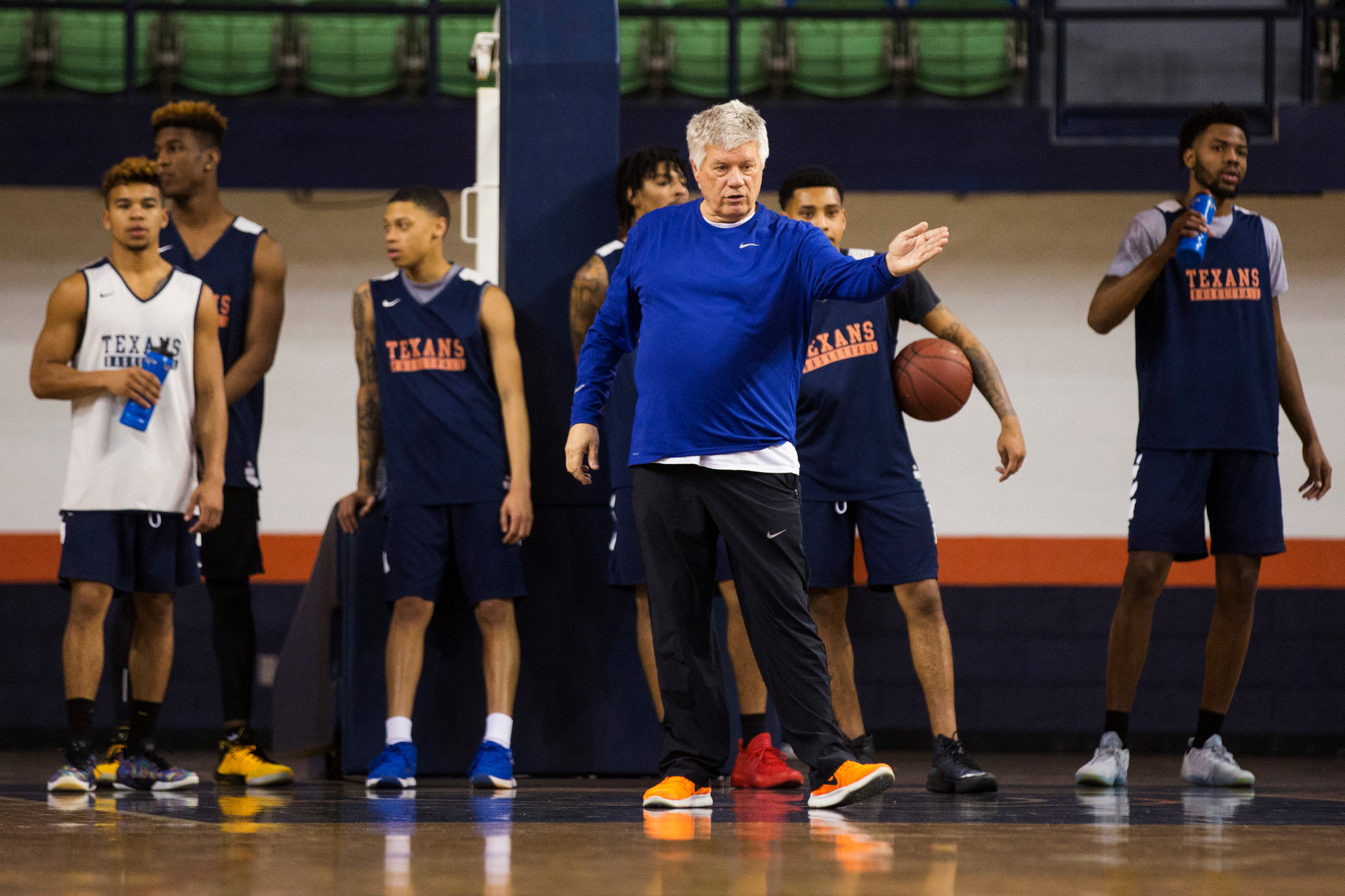 Green become a student of the Golden State Warriors. Don’t get my characterization of student wrong: By student I mean the student who copies the homework of the best student.

“Green scribbled down every cut, every back screen and every curl. In pursuit of a goal that was so ambitious that it bordered on audacious, he consulted with his assistants and overhauled his playbook.”

In other words, Green watches what the Warriors do and tells his team to do the same thing.

He’s not clever or nuanced about it. He literally watches every Warriors’ game, takes notes, and implements. The results are – and this shouldn’t come as a surprise – very good.

Why isn’t half of college basketball doing this?

Incredibly fun story about a no-name junior college doing something noteworthy. Take five minutes and give it a read. – PAL

TOB: He makes it sound so easy, we should try it. Phil, can you start charting plays this weekend?

PAL Song of the Week: Prince – “When You Were Mine”

“You know, can I say this? Why don’t we just give the $60 billion to North Korea in exchange for not bombing us?”