I’ll keep this short, because there’s simply too much to say. If you’re reading this, you know the story of Aaron Hernandez – the football star turned convicted murderer who committed suicide in prison, and was posthumously diagnosed with CTE. But there’s so much more to his story – where he came from, the family he came from, how he went from football star to murderer, why, and what those around him thought as his life spiraled out of control. This week, the Boston Globe’s Spotlight team (as in the Best Picture Oscar winning movie, Spotlight about the paper’s investigation into the Catholic Church’s cover-up of widespread sexual abuse by priests) released their six-part story on Hernandez. 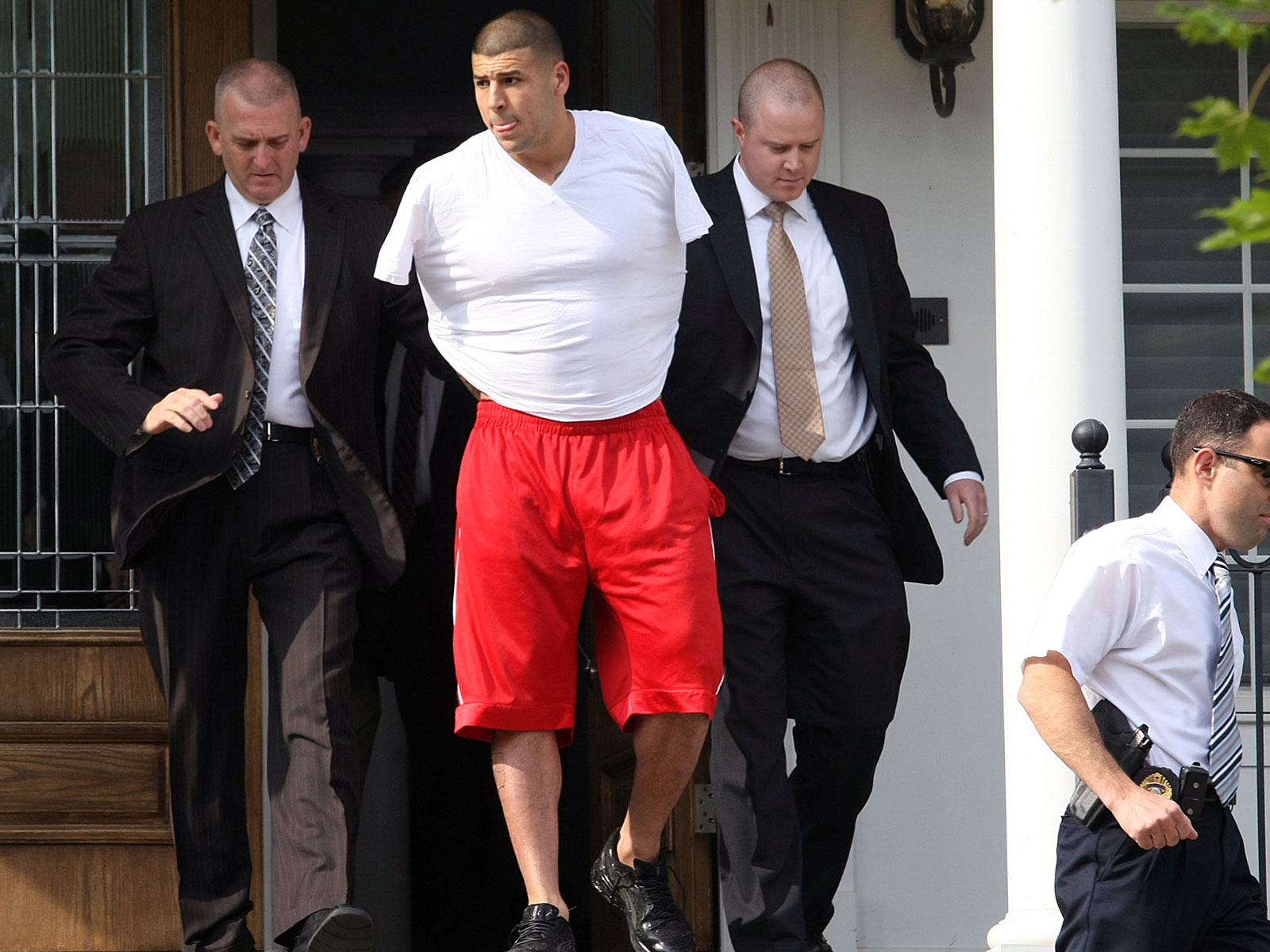 I think the saddest thing about his story, having read this, is how many people with the power to help him looked the other way and did nothing, often to protect themselves or their own reputation. I’m looking at you, Urban Meyer, and even a little at you, Bill Belichick.

The series is incredibly well researched and very thorough, and I highly recommend you read all six parts (you’ll need to get creative in order to get beyond the Globe’s two free story per month paywall, or you can throw them a couple bucks – it’s worth it). -TOB

PAL: This was a terrifying, terrified man. Aaron Hernandez is the worse case scenario in so many ways, all of which were looked over because he was a great football player. A victim of physical, emotional, and sexual abuse as a child, Spotlight’s description of Hernadez reads to me like he had no true identity. This guy needed extensive therapy. Instead, he banged his brain around for a decade. Very few people he crossed path with in his life seemed to care about him outside of what he could provide them. This is why “Gladiator” is the perfect title for this series. He was valued on the field of battle and how he entertained the crowd.

All of this, of course is not an excuse for what he did; rather, it might be a roadmap. Again, simply terrifying. 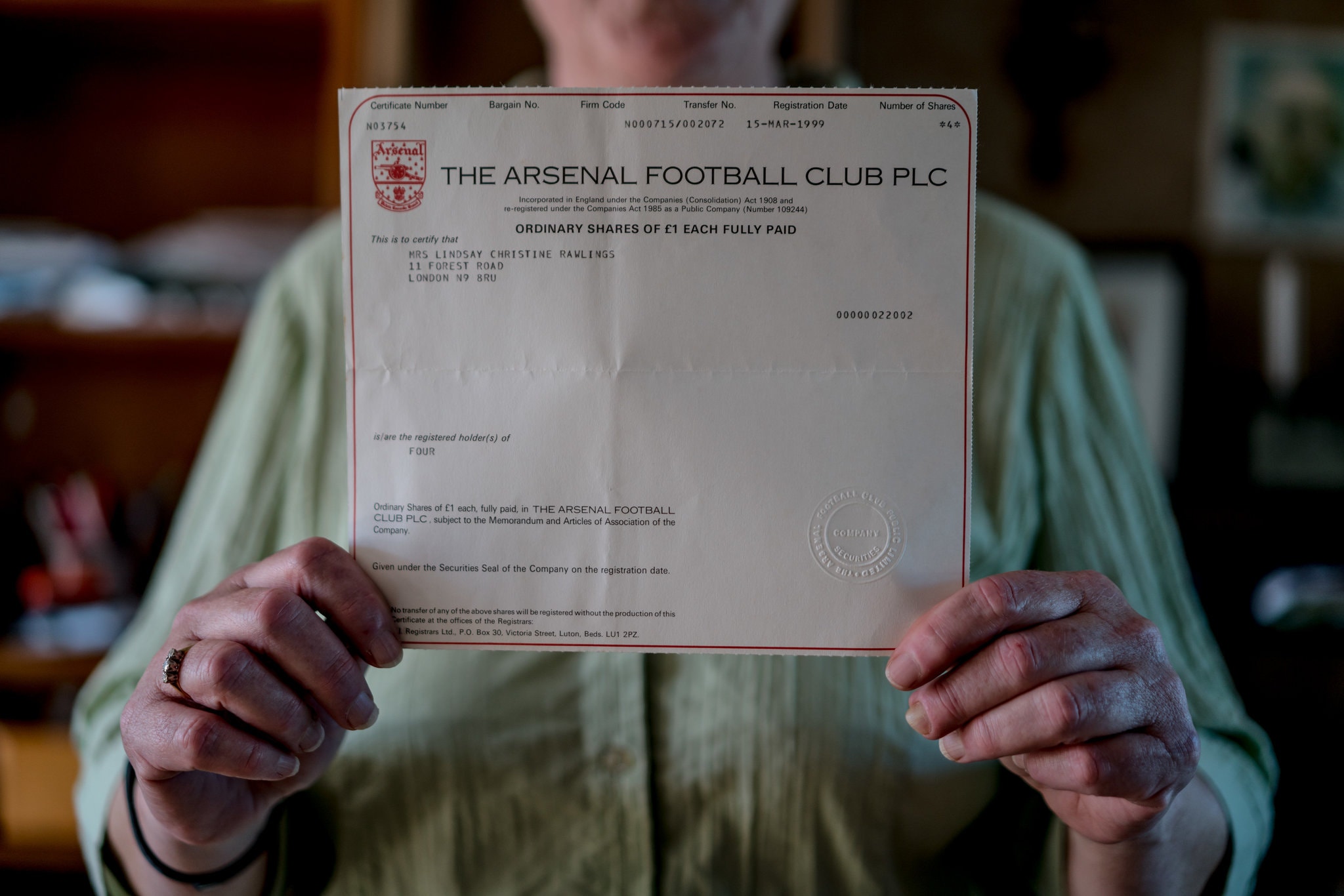 Stan Kroenke, of Columbia, MO, is a very rich man. He’s worth billions, and his wife – Ann Walton Kroenke (yep, that Walton) is pretty rich, too. Between them, they own the following professional sports teams (among others):

Recently, Kroenke bought out a big chunk of Arsenal shares from some Russian oligarch, giving him control of over 98.82% of an exceedingly valuable sports club. There are so few shares remaining outside of his control, that he’s legally allowed to take them for a price.

Those remaining shares are in the possession of common fans. This New York Times story, by Rory Smith, allows some of the minority owners to speak, and in their words I recognize the challenge of being a fan in an era in which the business side of sports is impossible to ignore.

Martha Wilcott bought her single Arsenal share in 2004. Jeffery Freeman’s stock broker purchased ten shares for Freeman in 1965, and Freeman remembers walking with his father to see the team play in an alternate stadium in 1945 because the team’s stadium was bombed. Lindsay Rawling’s grandfather and his brothers worked at the stock exchange when the team first offered shares. The shares have been passed down three generations.

Wilcott describes to the shareholder/fan relationship as “custodianship”. What a beautiful way to think of your team, and so I understand these folk’s sadness when they are required to defer to some billionaire who forces them to see what the club is to him instead of what it mean to them. – PAL

Win or Lose, Craig Counsell Made Me Laugh

Heading into crucial Game 5 of the NLCS this week, the Brewers named left-hander Wade Miley the starter. This was technically true. In response, the Dodgers started a right-handed heavy lineup, including David Freese and Austin Barnes. I said before that the Brewers’ naming Miley the starter was technically true, because Miley did start. He threw five pitches, with which he walked Cody Bellinger, and was then yanked for right-handed pitcher Brandon Woodruff. HAAAA:

As a manufactured effort to create those advantageous matchups, the ploy paid off, but again, only kind of. Because Miley was starting, the left-handed Max Muncy was hitting fifth, below his usual spot in the order, and righty David Freese, who typically doesn’t face same-handed pitchers, was hitting third. Had the Dodgers been caught more unawares, Counsell’s trick would have resulted in an unqualified strategic success, regardless of the game’s result—L.A. has already run out of bench players twice in this series, so manager Dave Roberts could ill afford to accelerate his bench usage.

But Muncy and Bellinger, who usually sit against left-handed pitchers, were both in the lineup, and Matt Kemp, who serves as a strict platoon batter like Freese, wasn’t. Ken Rosenthal reported that L.A. suspected what was coming, which is why they made those lineup decisions rather than bench Muncy and Bellinger and start Kemp, as they did against Miley in his Game 2 start. As it turned out, Freese batted just once, with two runners on in the first inning, and Woodruff struck him out swinging. Before his second at-bat, Freese was removed for—of course—a left-handed hitter, so all the tomfoolery, which apparently lasted multiple days and involved multiple parties, carried the ultimate outcome of burning Freese, perhaps the Dodgers’ least important position player.

Interestingly, Counsell may have drawn inspiration from the Washington Senators pulling the game trick against the New York Giants, way back in 1924. It worked, as the Senators won and clinched the World Series. As I write this, the Brewers lead 1-0 early in the game. Whether Counsell’s gamesmanship pays off remains to be seen. It sure as hell was hilarious, though.

Post-script: The move worked well, as Woodruff kept the Dodgers hitless for a few innings, but then things fell apart and the Dodgers took a 3-2 series lead. -TOB

Source: “The Brewers Tried to Fool the Dodgers With a Pitching Trick From a Century Ago”, Zach Kram, The Ringer (10/17/2018)

PAL: Hey, I’m all for a little gamesmanship. Let’s mix it up, right? You know what’s more effective: a starting pitcher going seven strong innings (Kershaw was pretty good in that game for the winning team). The Brewers’ starting pitching is meh at best, but they have a killer bullpen, so I get the need to be crafty.

I watched the tremendous Astros-Sox game on Wednesday, and that was a perfect reminder that these games are decided by moments more than matchups…or at least it feels that way; I don’t know anymore. Mookie Betts made an incredible play to throw out Tony Kemp who made the inexcusable decision to try to take the extra bag down by three runs with no outs in the bottom of the eighth!

And then, in the bottom of the ninth, Andrew Benintendi makes a mental error and dives for a sinking liner in left field. If the ball gets by him, then three Astros might score, giving them the win. The smart play is to let the ball fall and keep it in front of you. Benintendi gambles big and comes up lucky.

So two dumb decisions lead to two great plays, and they both went the Red Sox way. That doesn’t feel like matchups. It came down to those plays (and a fan interference call). Zach Kram says as much at the end of his article: “Sometimes the smart strategy doesn’t work because a baseball game involves hundreds of other factors, and luck and execution and weather and ballpark dimensions get in the way.”

Video(s) of the Week:

Ever wonder how umpire ‘Cowboy’ Joe West got his nickname? Watch below.

To the @astros fans sitting in the diamond club for games 3-5 of the #alcs, please do this when Craig Kimbrel is pitching #astros #NeverSettle #defendhtown pic.twitter.com/xevU8bSygW

I’m one of the few people who looks hot eating a cupcake.