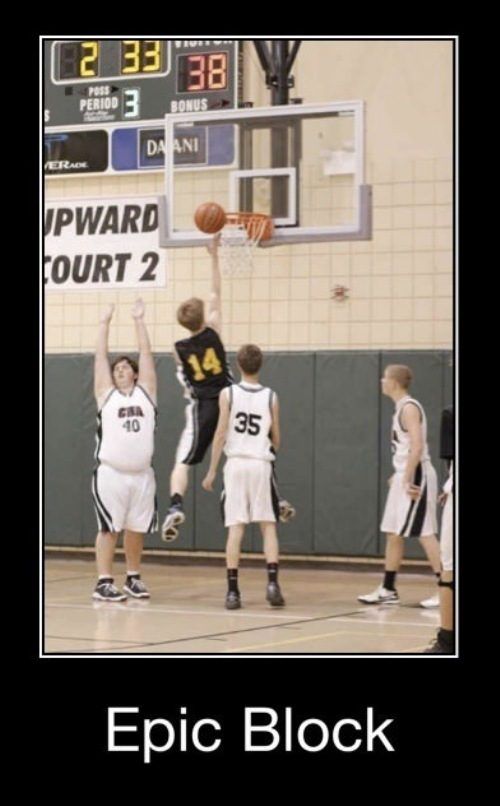 Uh, are we screwed? We’re probably screwed. This week, Google’s chess computer, AlphaZero, beat StockFish, an open-source computer engine that had previously been the world’s computer chess champion, over the course of 100 matches. This would not be a noteworthy event, with one major exception: AlphaZero taught itself and plays chess like a human, not like a computer.

As many of will remember, IBM’s Deep Blue beat world chess champion Garry Kasparov in 1997, over the course of a six-game series. Deep Blue did so with what is known in the computing chess world as “brute force”. DeepBlue could analyze 200 million moves per second. Kasparov, conversely, could only analyze two moves per second. Kasparov was at a severe computing disadvantage, and in hindsight it’s no surprise DeepBlue won. 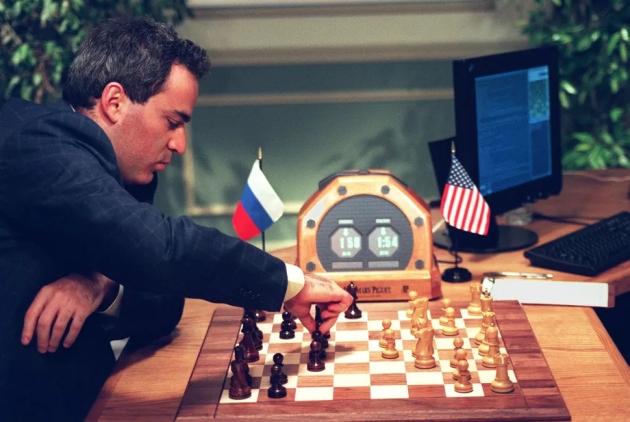 After being given the rules, it played itself over and over, essentially reinventing the history of chess through millions of self-played games. Through what’s known as reinforcement learning, the machine took note of the behavior and patterns that led to a win, then incorporated that information into its blossoming style, over and over and over.

AlphaZero taught itself to play, through trial and error, just like a human. Though in only four hours. As one researcher says, “[AlphaZero] is just learning in the exact same way that a human would learn to play chess. That’s what humans do to learn: You play chess, you play games against each other, and you learn over time. So it’s learning very analogously to how humans learn, and it’s able to do it much quicker and much better.”

So, why are we screwed? The same researcher puts it this way:

“This is where AI is meeting creativity. Beforehand, it was just really, really fast at thinking. Now it’s able to be creative, it’s able to hit on things that humans used to think were intuition. That’s kind of like the humans’ last flagpole of hope, that computers can’t do intuitive things. No computer would be able to invent Mozart or do anything creative, but when you look at AlphaZero, it’s bordering on creativity, it’s bordering on intuition.”

Among chess grandmasters, the AlphaZero news was met quite differently than the fear twenty years ago when DeepBlue beat Kasparov. Many grandmasters, having grown up with computers more powerful than DeepBlue in their pockets, were not alarmed but instead intrigued by AlphaZero’s potential to expand what we understand about the game of chess.

If you’re interested, the article then explores the future of AI, including its potential to create art and music, or play video games and sports, and think consciously. Interesting read. -TOB

PAL: The comparison of music and chess throughout the article is fascinating.

Chess and music share something in common, even if we don’t fully understand what that is. At the very least, we can recognize that there is a knack for patterns, an understanding of arrangement and progression, that unites human achievement in both disciplines, and that ability to recognize patterns—an inherently human trait—is what makes AlphaZero’s achievement so startling. What Steiner’s prepubescent virtuosos lack in intellectual and emotional maturity—the socialization and acculturation that we experience as we grow older—they made up for in this innate understanding of patterns.

To an extent, the same could be said of AlphaGo and AlphaZero, which cannot do anything other than play either chess or Go but seem to exhibit genuine creativity and ingenuity within those realms. For example, during the second game of AlphaGo’s match against Go master Lee Sedol, the machine made a move so unprecedented and idiosyncratic that observers used a very un-mechanical word to describe it: beautiful.

Of course, what AIs still can’t do is first, of their own volition and according to their own values, choose to play chess or compose music; and second, do so in a way that lacks precedent. Instead, they must be told to do so by people, and once they’ve been told to do so, they will perform those tasks within a few unbreakable parameters. AlphaZero is incapable of making an illegal move, and while that doesn’t have much significance in a game of chess, which consists of only legal moves, it’s hugely important in music, where all sounds are fair game.

“One of the most limiting things about AI right now is you need to optimize something. AlphaZero was optimizing for the number of wins and the number of losses, and almost every single artificial intelligence algorithm right now is an optimization algorithm in some way,” Ginn said. “There would be no way to tell an AI, ‘Create me a brand-new song that you think is nice,’ because there’s no objective measurement of that.”

This topic is not usually my thing, but Lincoln writes the hell out of this story. Fascinating and accessible read.

The Day Jackie Mitchell Struck Out Ruth and Gehrig 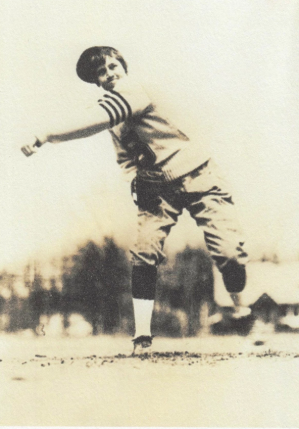 “Overlooked” a pretty cool idea from The New York Times. The series is an acknowledgement that the paper’s obituary section has been “dominated by white men since 1851”, so now the paper is sharing stories of people it overlooked in their time.

I happened upon the story of Jackie Mitchell this week. When Mitchell, a left-hander, was seventeen she struck Babe Ruth and Lou Gehrig in an exhibition game on April 2, 1931. Of course, it was never known whether or not the strikeouts were arranged between the owner of the Chattanooga Lookouts and the Yankee sluggers. Ruth was never opposed to making an extra buck here and there, and Lookouts owner Joe Engel needed to fill the stands during the Depression. It’s also notable that Mitchell was brought in as a relief pitcher in the first inning, struck out Ruth and Gehrig, and was replaced thereafter.

But also of note that Mitchell was throwing a sinker from the left side against two left-handed hitters, and Mitchell grew up near Hall of Famer Dazzy Vance who taught her the “drop ball”, and that Gehrig was no Ruth – he supposedly played it straight all the time.

All of it arguments fall perfectly on either side. Just enough for you to wonder if maybe, just maybe, the seventeen year-old struck out Ruth and Gehrig legit.

“Overlooked” is a great idea, and this was the perfect story for those of us lamenting that baseball is gone and daylight savings has wiped the last tannins of summer from our glasses. – PAL

This is a funny one. Bjorn Borg played in an era very different from today, but he’s still one of the greatest tennis players to ever live. He has a 15-year old son, Leo, who is a top tennis prospect. You’d think growing up the son of Bjorn Borg would give you a leg up on the commission. You might watch a lot of your dad’s great matches, ask him questions about how or why he did something. You have a built in great coach. Not so, for Leo Borg. Why? Because Leo Borg is an ungrateful little shit! 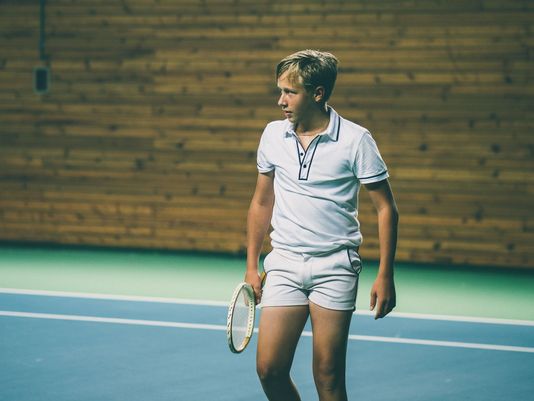 Leo’s favorite player to watch is not his dad. No, of course not. It’s Rafael Nadal. OF COURSE. In fact, Leo claims he’s never watched a single one of his dad’s matches. Not one! Worse, his dad, Bjorn Freakin Borg, once tried to offer him some advice. Here’s how Leo’s mom tells the story:

You, Father, Bjorn Freakin Borg, don’t know anything about tennis. Who is this spoiled child? Why are kids so god damn ungrateful? And when will they stop growing up so quickly? No, I’m not crying. You’re crying!  -TOB

PAL: This was a funny read for another reason. To learn of the challenges that come with being a sponsored athlete at fifteen while also being the son of a all-time great athlete. I really felt the sympathy for the family when they had to struggle the prospect of young Leo playing his father in a feature film, or that time they had to fly back a day later after learning that the in-flight entertainment would be the movie her son acted in, as the younger version of his father.

Or how about that time when we was competing in a juniors tournament that was sponsored by the clothing line BORG? 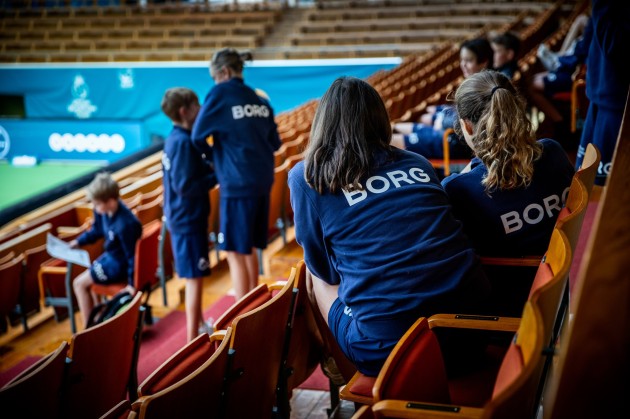 In all seriousness, it sounds like the mom, dad, and son are nonplussed, which is about the best thing I could say.

I share this article from the Wall Street Journal as an invitation to join me in my stunned reaction at some numbers. The writing is solid, but there’s no real story, other than to say, Texas is really serious about high school football, which we already knew. Consider these facts from writer Jason Gay’s trip to Allen, Texas:

My favorite bit of Gay’s writing is actually a parenthetical, which seems to happen somewhat often. Perhaps it’s a sign the writer found his/her real topic too late.

(A quick aside: Whenever I am in Texas and see how crazed the region is for football, it underlines what a crime against humanity it is that the Dallas Cowboys are so continuously mediocre. Dallas having mediocre professional football is the equivalent of New York City having mediocre pizza. It is an insult to the natural balance of the universe and needs to be immediately fixed.)

Tim Riggins would do some serious damage in Allen, Texas. – PAL

TOB: While I subscribe to the philosophy of never yuck another’s yum, this $60 million to build a freaking high school football stadium is outrageous. Look at the concession stand. 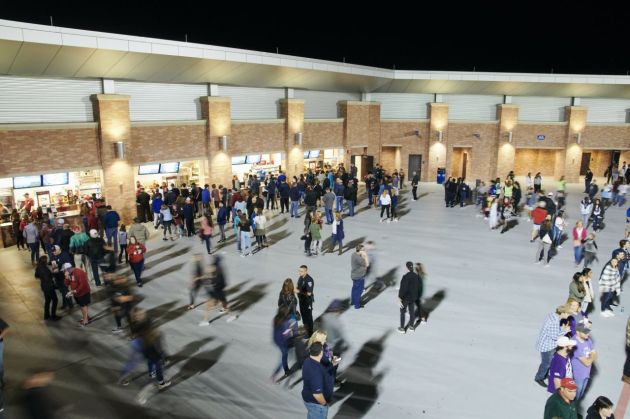 What happened to a good ol’ fashioned snack shack? This is nicer than the concession stands for probably every pro and college football stadium I’ve ever been to. That is serious insanity.

Video(s) of the Week: 2 Parents killing it.

.@drewbrees is the fun dad 😂 pic.twitter.com/mzHvCaiaqN

You know how they say Michael Jordan was the most intense competitor ever? Do you think, at age 4, he threw a tantrum every time he lost a SINGLE round of ro sham bo? Because my kid does. #wevegotabiggerproblemnow

You know the message you’re sending out to the world with these sweatpants? You’re telling the world, ‘I give up. I can’t compete in normal society. I’m miserable, so I might as well be comfortable.