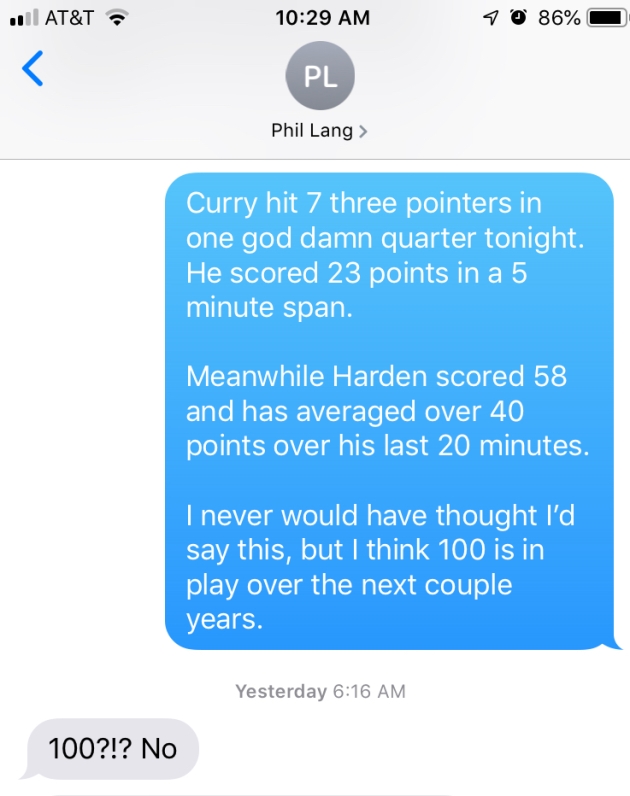 How Well Would You, As You Sit Today, Play in Little League?

Grant Brisbee has long been one of my favorite writers, and this is one of his funniest in a long time. Even the headline made me laugh: How many WAR would I be worth if I got to play Little League again? 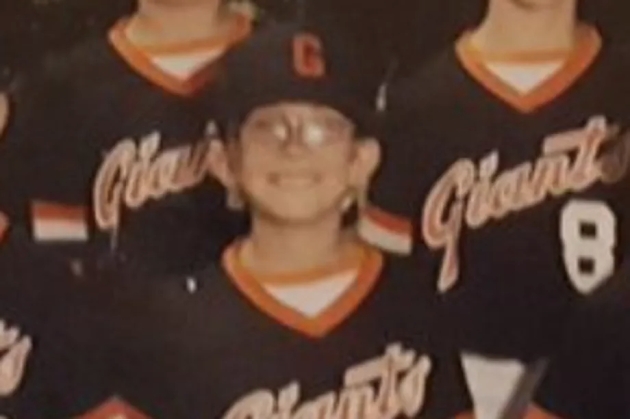 And here’s his open:

The late, great comedian Mitch Hedberg once said, “I wish I could play Little League now, I’d kick some f***** ass,” and everybody laughed.

I didn’t think it was funny, though. It’s not a joke to wonder about just how well you would do if you were back in Little League with the size and smarts of an adult.

They wouldn’t be laughing now, that’s for sure. Nobody would be laughing.

I am laughing out loud.

Grant then decides he’ll play second base, because that gives the best WAR boost (positional scarcity, at all). He then goes into hilarious detail into calculating his own WAR.

40 plate appearances
22 walks
18 hits
10 home runs that are, like, just crushed, no errors or anything
8 doubles or triples that probably would have been doubles or triples if a regular kid hit them because these idiot 10-year-olds can’t field

Now, I don’t know how Defensive Runs Saved is calculated, but I’m figuring that every game, I’m making at least two plays that other kids can’t, which is good for a half-run. And that’s erring on the side of caution, believe me, because I would be a total field general out there, telling kids where they need to go with the ball and everything. They would all respect me and listen to me now that I’m stronger than them and better at sports.

Lollll. Those numbers are good for a 4 WAR over a 16 game little league season, which calculates out to a  40.5 WAR over a 162 game season. That would be a record, by a long shot.

As I was reading this, I was thinking, what would my WAR be? Then I saw Grant’s closing line, “In conclusion, I would be awesome if I got to play Little League again. Just don’t put me in a league with any of those travel-ball kids. They’re big and throw too hard.”

And it reminded me of the time Phil and I, along with our friends Rowe and Gleeson, found ourselves in a 4 on 4 baseball game on Treasure Island against kids probably 12 or 13 years old. Don’t ask how this happened, it just happened, ok?. I think we played a few innings and there was a total of ONE hit between everyone. So, maybe Grant overestimates how well he’d do?

BUT! The 12-year old pitcher was a hoss, and he could throw some heat. Definitely a travel ball kid. His buddies weren’t nearly as good and I’m pretty sure I could have crushed some doubles and dingers off of them.

I also think Grant vastly overrates what his fielding ability is, unless he’s an active softball player. I used to umpire a couple years back, and let me tell you – kids are nimble and 12-year olds can make some nifty plays. I’m actually pretty sure I was a better fielder as a 12-year old than I am as an adult. I now actively fear a ball taking a bad hop and crushing me in the face, whereas at 12 I was a stud. Look at that form as I apply the tag.

But then I thought about the bit of adult softball I played a few years back. In my mind, I hit about .800 with a bunch of doubles and triples and probably an inside the park home run or two, and one neeeeeear homer on the opposite field high fence/short porch.

So, this kid wants another shot:

I have no idea where to begin estimating my stats, but I do know that Phil’s would be much, much, much better. -TOB

The Cold Hot Stove: An Update

As you can imagine, more and more articles are being written each day about baseball’s slow offseason and the likelihood it will result in a work stoppage in 2021. Two articles in particular made points that I found to be very compelling.

First, Neil DeMause expands on the article we featured last week about how owners rely less on ticket sales and concessions than they used to for money, so they are less compelled to pay for players to produce wins. As he eventually sums up, “[W]hat we’re seeing now is a renegotiation of the terms of what a ballplayer is worth, and that’s understandably going to take some time to sort out.” In fact, he argues, the actual value that even great players add is far lower than we used to think:

Most assessments of player value, then, have simply examined how other, similar players are being paid on the free agent market, and then applied basic long division. Here’s a long Fangraphs article from 2017 that estimated that free agents earn a little over $10 million for each Win Above Replacement that they contribute to their teams; on those grounds, Machado, who has averaged about 4.5 WAR over his seven-year career and is just heading into his prime, should be able to walk away with a $45 million a year contract.

Except that sports team owners—cover your ears here if you’re of sensitive disposition—aren’t only in this to win ballgames. They also, or maybe primarily, want to make money. So how much are star players worth in terms of actually putting the simoleons in the safe deposit box?

More than a decade ago, I crunched some numbers on this, and then returned to it a few years later, this time consulting the work of actual economists who’d done more robust math. And the numbers were eye-opening: Just about every baseball free agent was being paid more than he was actually worth to his team in terms of the added revenue it would see thanks to extra wins. According to one researcher, Graham Tyler—then an undergrad econ student at Brown, and until recently the Rays’ director of player operations thanks in part to his pioneering studies in this area—teams only earn an extra $1.5 million from each additional win, meaning that a truly rational profit-maximizing owner (more on this in a minute) wouldn’t spend more than $6.75 million a year on a Machado-level talent. Anything more than that, and you’re better off staging a Marlins-style teardown—sure, you won’t win many games, but the money you save by skimping on salaries, it turns out, will dwarf any losses from nobody actually showing up at the ballpark.

Making things worse for players is the fact that MLB’s revenue sharing system means teams only keep about $0.66 of every $1 they bring in, making the value a team gets from paying for players even further reduced.

DeMause then discusses the fact that what has happened over the last decade is simple economics, and to combat it, the MLBPA will need to fight back. He suggests they work to eliminate both the luxury tax (which serves as a de facto salary cap) and severely reduce revenue sharing, thus giving teams more incentive to spend.

In the second article, Michael Baumann discusses the uphill battle the players will face in any labor dispute. Not only is labor usually at a disadvantage in any work stoppage, because labor can least afford to miss paychecks, but in the American public has grown increasingly negative toward unions. That is especially true of sports unions. Recently, Jake Arrieta cautioned young players, who are severely underpaid under the current system, that things are changing and they’re not going to get the big dollars in free agency they were once promised. Teams have gotten smarter and more ruthless, and everyone now understands that giving a 30-year old a big contract is a bad investment. But as Baumann points out, almost every reply to Arrieta’s tweet is, as Baumann puts it, “some variation on ‘You get paid millions to play a kids’ game.’”

So what can the players do? Baumann urges them to begin the campaign now, and to make this a consumer issue:

“Players should also spin the disparity between revenue and salary growth into a consumer issue: Revenue has grown while player wages have stayed stagnant and ticket prices have gone up. The league is making billions in TV and streaming revenue, but an average working-class family can’t afford season tickets anymore, and that money isn’t going to the players who fans love; it’s going right back into the wallets of anonymous billionaires.

It’s a very good point, and reminds me of our tweet of the week a couple weeks back:

As a fan of baseball and rich guys, I think it rocks that MLB owners all decided they’re committed to trimming payroll. After all, if they keep their costs down, they’ll surely pass the savings on to me, the customer

Sunday’s AFC Championship Game, with the Chiefs hosting the Patriots, is expected to be bitterly cold. When this article was written early in the week, the forecast called for an “arctic blast” to crush Arrowhead Stadium, with temperatures for the early evening kickoff expected anywhere from -5 to +10 F. Yiiiiikes. Luckily for players, coaches, and fans, the forecast has warmed a bit – the arctic blast is not expected to be a direct hit on Kansas City, and the temperature forecast has risen to around 19 degrees at first kick.

Still, this article provided a nice little lesson on the weather, so I’m presenting it here:

Right around New Year’s Day, the layer above the atmospheric layer we inhabit, known as the stratosphere, rapidly warmed in the Arctic. We’re talking a jump over the course of a few days from around minus-103 degrees to 14 degrees Fahrenheit.

Known as a sudden stratospheric warming event, these spikes in temperature can propagate down to the lower atmosphere where the polar vortex normally sits. In regular times, the vortex is simply a low-pressure system camped over the Arctic and contained by a river of air. But sudden stratospheric warming events can break down that river, allowing the cold air associated with the polar vortex to leak down toward North America and Europe. It takes a few weeks for these things to work their way through the atmosphere, and now the Midwest is about to face the impacts.

Videos of the Week

Curry with six 3-pointers in about 3:30. Ridiculous. Also, young Steph:

I dunno what this means but it feels hella true

“I’m a simple man. I like pretty, dark-haired women, and breakfast food.”