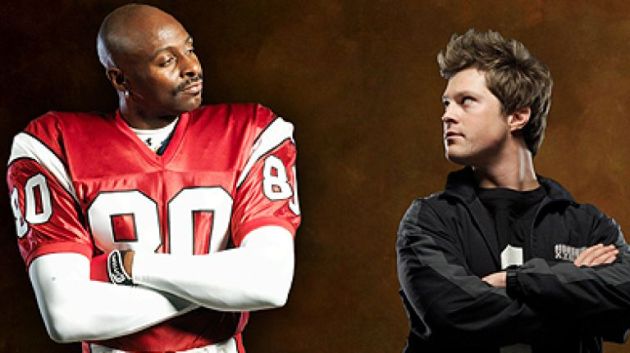 Best youth athlete you ever competed against/with (not how they turned out, but at the time)

Basketball: As an adult, I have played against too many guys who played major college basketball to choose one. But as a kid, I’ll never forget the first player who made me realize I did not have a future in basketball: John Gianonni. South Tahoe High basketball was a big thing when I was a kid. The program won a ton, including state championships at the highest level, and had plenty of players who went on to play major college basketball. It’s was the thing in town; the varsity guys were local celebrities.

The school held a youth basketball camp every year, staffed by current and former STHS players and coaches. Kids from all over the state came to learn Coach Orlich’s motion offense. I went every year, and I was pretty good back then.

The camp schedule was drills in the morning, lunch, and then games in the afternoon. In 5th or 6th grade, I was put on a team with this guy John. He was from out of town. The staffers all knew me, and usually they loved me, but damn. I knew right away – John was so much better than me, and if I knew it the staffers did, too. They started calling him MJ. I wasn’t mad or sad. I was just impressed, really. He was so good.

After we left Tahoe after my sophomore year, I heard he moved there to be part of the program, and then I didn’t hear much. But I looked him up this week. John got a scholarship to Portland State, and later transferred to Chico State, where he played with, by my count, three other guys I grew up playing with in Tahoe.

His career seems to have fizzled in college. He ended up only 5’10, the same height I am now. But I think he was about that height in 6th grade. I think if he had continued to grow, he would have been very good.

Football: Timmy Sprinkles. Incredible athlete. Good at everything he did. Smart and nice, too. He was my quarterback, and he got a scholarship to play safety in football and also baseball at Washington State. It didn’t work out for him there, and he ended up playing QB at a small school in California, before retiring due to concussions. As a freshman in high school, though, he was big, and fast, and strong, and had a cannon arm. The highlight of film sessions each week was watching Timmy truck some 120-lb DB who tried to come up and stop him on a scramble. BOOM!

Baseball: This is easy. Greg Bruso. I have no idea if this is true, but everyone said he threw 70+ as a 12-year old. My rough math puts that at about the equivalent of a 100 mph fastball at an MLB distance. I faced him once as an 11-year old. It was not fun, I assure you. Bruso was good and got better; he was eventually drafted by the Giants, spent a couple years in their system, reaching AA, and was traded to the Brewers for Eric Young in 2003. He suffered a shoulder injury and retired just a couple years later.

PAL: First of all, Timmy Sprinkles is one hell of a QB name. That could be the name of a protagonist in a Matt Christopher sports book.

Baseball: Readers of 1-2-3 know by now that I played against Joe Mauer from 6th grade catholic school league through high school. Hard to argue against a potential Hall of Fame baseball player as the best player I ever played against. As great as Mauer was, it didn’t jump out at you. He was super athletic, but it was understated in a weird way. He had a kinda dorky demeanor about him. He was this big kid who ran kinda funny. He threw hard but it didn’t look like he was really trying to throw hard. He hit everything, but there were other players that seemed to hit the ball harder. Obviously I didn’t know what I was looking at.

One moment has always stuck with me. We were playing Mauer’s team in Legion (16-18 years old), and we had Sean Pickert come in for relief. Pickert was probably the best player I played with growing up, and while he rarely pitched (elbow issues as a young kid), he was throwing on the other side of 90 MPH when he did.

Mauer was 6”6’ by then, but the lefty stood – and I am not exaggerating here – 3″ from the inside corner of the plate. It made no sense to try to pitch him on the outside corner, as he could easily reach it. The only option was to punish the inside corner with the hard stuff. Pickert threw one an inch off the plate inside, so basically directly under Mauer’s hands. Mauer essentially picked the ball out of my glove – that’s how late he waited to swing – and hit a 90+ fastball on the inside corner onto the golf course fairway behind the left fielder. He inside-outed a ball about 400 feet to the opposite field with a beat up TPX bat.

As far as college goes, I’m going to need some help from the fellas. In terms of guys I played with, Andy Salmela was pretty damn good.

Hockey: I got to play with Marty Sertich, the eventual Hobey Baker winner, for several years. Wasn’t big, wasn’t fast, didn’t have the hardest shot – but he had the best hands I’ve ever seen, and shifty as all get out. He stickhandled unlike any player. Teams could not get the puck off of his stick, and could not check him. He was so much better than any player on the team, and he legit got a bigger kick out of setting up someone else’s goal than he did scoring himself…which he could do pretty much whenever he wanted.

How about you? Who was the best you ever shared the field/rink/court with/