By popular demand, we’ve got a new feature this week – The 123 Q&A. Keep reading, and submit your questions to 123sportslist@gmail.com or on twitter @123sportsnews

Sometimes, when life gets stressful, I think back to one of the happiest times in my life – the summer during college. I moved back home, as did all my friends. We had zero worries. We played rec-league basketball on Sunday nights, followed by pizza and beer at the local pizza joint (wuddup Steve’s Pizza!). We had weekly poker games, even though none of us were any good. And whenever anyone felt like it, usually thought up late the night before – we drove into Sacramento to see the Rivercats – AAA baseball. We’d sit in the cheap lawn seats in the outfield. We’d drink beer and heckle the opposing team. It was awesome. This experience is hardly unique, and this story is about a group of friends, during the summer after high school, who had season tickets to their local semi-pro baseball team. They went every day. And loved every moment of it.  As the author writes, “This is a story about friendship. This is a story about growing up, and being on the cusp of growing old. This is a story about last chances. This is a story about baseball.” -TOB

The Most Honest Sports Story Ever Written

Toward the end of his brilliant career, Floyd Patterson (the original “Pretty Boy Floyd”) began to lose – badly – like all boxers eventually do (except, apparently, Bernard Hopkins). The two-time Heavyweight Champion of the World was knocked out by Sonny Liston in the first round in consecutive fights in 1962 and 1963, at the age of just 28. The following year, Esquire published this excellent article – a look into the mind of an athlete coming to grips with the end of his career. This story is different than many of this nature, however, because Floyd reveals truths about himself not often seen in sports – especially the ultimate macho sport of boxing –  including this excerpt on why he continued to fight. -TOB

“First of all, I love boxing. Boxing has been good to me. And I might just as well ask you the question: ‘Why do you write?’ Or, ‘Do you retire from writing every time you write a bad story?’ And as to whether I should have become a fighter in the first place, well . . . when you’re hungry, you’re not choosy, and so I chose the thing that was closest to me. That was boxing. One day I just wandered into a gymnasium and boxed a boy. And I beat him. Then I boxed another boy. I beat him, too. Then I kept boxing. And winning. And I said, ‘Here, finally, is something I can do!’ And what were the requirements? Sacrifice. That’s all. To anybody who comes from the Bedford-Stuyvesant section of Brooklyn, sacrifice comes easy. And so I kept fighting, and one day I became heavyweight champion, and I got to know people like you. And you wonder how I can sacrifice, how I can deprive myself so much? You just don’t realize where I’ve come from. You don’t understand where I was when it began for me.”

Source: “The Loser”, by Gay Talese, originally published in the March 1964 issue of Esquire, re-printed by Deadspin with the Author’s permission (07/18/13)

In 1969, 14 football players at the University of Wyoming (“The Black 14”) tried to take a stand against the Mormon church’s refusal to allow African-Americans to be priests. On the eve of their game against BYU, they went to talk to their coach about a possible organized statement against the racist policy. Instead of a discussion, they were immediately kicked off the team. The story garnered much national interest – and pretty much destroyed what had been a surprisingly successful Wyoming football program for good. But more importantly, what those 14 young men went through helped usher real change – by 1979, the Mormon church changed their policy and opened their priesthood to African-Americans. -TOB

The U.S. made the round of 16 in this year’s World Cup. No small feat. But it is the third time in four World Cups that we’ve made it that far, without advancing farther – and it doesn’t seem like we are any closer to doing so. Although young talents like DeAndre Yedlin and Julian Green provided hope for 2018, what the U.S. would really need to do to become a true world soccer power, is start from the ground up. I first read this article at the start of the 2010 World Cup, but it’s worth revisiting. It details how Dutch soccer club Ajax long ago created what has become the blueprint for youth soccer development worldwide. It is a fascinating read – looking at where the U.S. falls short (mainly, too much focus on games and winning, not nearly enough focus on developing skills), and what we might need to do if we ever expect to seriously contend for a World Cup title. -TOB

Q: Ryan R., San Francisco: “The Oakland A’s wear white cleats whether their jerseys are home OR away; thoughts?”

A (TOB): Presently, the A’s are the only team in baseball that wears white cleats both home and away. Before I offer my thoughts, I figured I should answer: Why? So I did a little research. Charlie Finley owned the A’s from 1960 to 1980. In that time, he had a lot of interesting ideas on how to improve baseball. Some were good (night games!); some were awful (monochromatic gold uniforms – the A’s were the Oregon Ducks 40 years before the Ducks were the Ducks); some were ridiculous (he wanted to change baseballs from white to orange); and some were controversial but terrible if you have half a brain (the Designated Hitter). But another idea he had was to change his team’s shoes to white – his reasoning was apparently based on PR – Joe Namath had begun wearing white cleats for New York Jets and gaining a lot of attention for it. Finley hoped to follow suit. Apparently it worked. A lot of people made fun of the white cleats at the time (as they do now), but ultimately many teams copied the look. Eventually the 70’s ended and white cleats went the way of leisure suits – except for the A’s. They have stubbornly stuck with it. In a way, I kind of admire that. It looks terrible, but they don’t care. The A’s do the A’s. -TOB
Counterpoint (PAL): White cleats are disgusting. 15-20 year-olds think they are cool. Cake-eater youth teams wear white cleats. It’s a fact. They are awful. Just awful. White cleats are so bad that they are worse than the following: 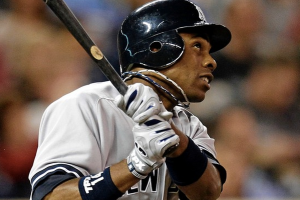 The blinker (back pocket out) 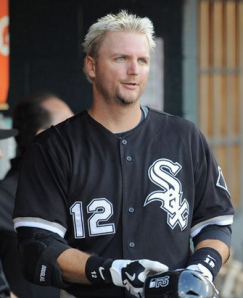 -PAL
TOB: NOTHING is worse than AJ Pierzynski.

Mrs. Fields of Mrs. Fields Cookies started out as an A’s ballgirl…and she was (Is? Is.) hot. What the hell?

Like what you’ve read? Let us know by following this blog (on the right side, up near the top), or: Email: 123sportslist@gmail.com