When Laureano gets beaned (again), he offers up tips on how to throw a slider.

Sometimes it pays off to procrastinate on a 1-2-3 post. Found this thought-provoking story from one of our favorite writers, Ben Lindbergh. This year marks the 100th anniversary of the Negro Leagues. In addition to many celebrations and commemorations planned, MLB is considering retroactively designating the Negro Leagues a Major League. That means all the stats are added to the MLB record books and all of those players denied a chance to play at the highest level (before and after Jackie Robinson broke the color barrier in 1947) would finally be big leaguers. Pretty incredible.

There are not just two leagues recognized as ‘Major League’ – it’s not just the National League (1876)  and the American League (1901). There are four other leagues categorized, and counted in the record books, as a major league, per the definition put forth by 1968 commissioner’s committee put together to create The Baseball Encyclopedia: American Association (1882-1891), Union Association (1884), Players’ League (1890), and Federal League (1914-1915).

“The one thing that I am absolutely certain about is that there never was any SBRC discussion about treating the Negro Leagues as major leagues,” says David Neft, who oversaw the assembly of the Encyclopedia.

Which begs the point, what if they had been given proper consideration? What then?

If the Negro Leagues had been brought up by the SBRC, they would have had to satisfy several of the committee’s criteria. Neft says that in addition to scheduling irregularities such as varying lengths, frequent unofficial games, uncompleted campaigns, and inconsistent playoff formats (sound familiar?) “the factors that were used in discussing the other leagues included the populations of their cities, the media coverage of their teams relative to the NL, AL, and the 1880s American Association, the capacity of the stadiums, the level of play, and the number of proven major league players who ‘jumped’ to these leagues.”

In most of those categories, of course, the Negro Leagues are at a disadvantage relative to white leagues precisely because of the racism and segregation that forced Black ballplayers to create a separate (and in some respects, unequal) place to play. Negro Leagues clubs were owned by Black businesspeople who were cut off from capital and didn’t own their home parks. Their financial circumstances were precarious, and they were forced to barnstorm and play local exhibitions to survive. It would be harsh to hold that against them. Gary Gillette, coeditor of the The ESPN Baseball Encyclopedia and many other sports reference books, says that if you denigrate the Negro League’s credentials on the grounds of erratic conditions and schedules, “What you’re saying is ‘We would like to undo the discrimination and isn’t it a crying shame that they were discriminated against. But we can’t undo it because they were discriminated against and their records aren’t that good.’ And I think that’s a horseshit argument.”

Populations? Media coverage? Stadium capacity? Number of players that ‘jumped to these leagues’…setting aside the racism, who the hell came up with this list of categories?

More important, the record. Black teams played Major League clubs quite frequently over the course of the first half of the 1900s. Over 600 games, actually. Their record against those Major League teams: 315-282-20. Over roughly the same time period (1900-1950), Major League teams went 1690-677 against minor league teams.

Legendary statistician Bill James sums it up this way:

“My argument has always been that it is impossible for a league to produce that many players of that quality in that period of time, unless the quality of play in that league was not only equal to the white leagues, but probably superior to it. You just can’t reach that level of excellence while playing against minor league competition. So … designate it as major league.”

Or, for that matter, some similar statistical outlier from MLB’s current small-sample season, which will be treated the same as any other season’s despite the many compromises that the pandemic has imposed. “The last remaining plausible objections to not including the Negro Leagues as major leagues have been eliminated with the 60-game season,” says Gillette, who adds, “If there ever was a season more erratic than 2020, I’d like to see it. … There’s no moral justification for excluding the Negro Leagues, and the last rational arguments you could even advance have been destroyed.”

This is such an excellent read about correcting history. Not re-writing it, but correcting it, and this moment – this centennial year of the Negro League, as the BLM movement gains recognition and support, as MLB sells us a 60-game season, is the exact time to do it. – PAL

Source: “As it Celebrates the Centennial of the Negro Leagues, MLB May Undo a “Major” Mistake”, Ben Lindbergh, The Ringer (08/14/20) 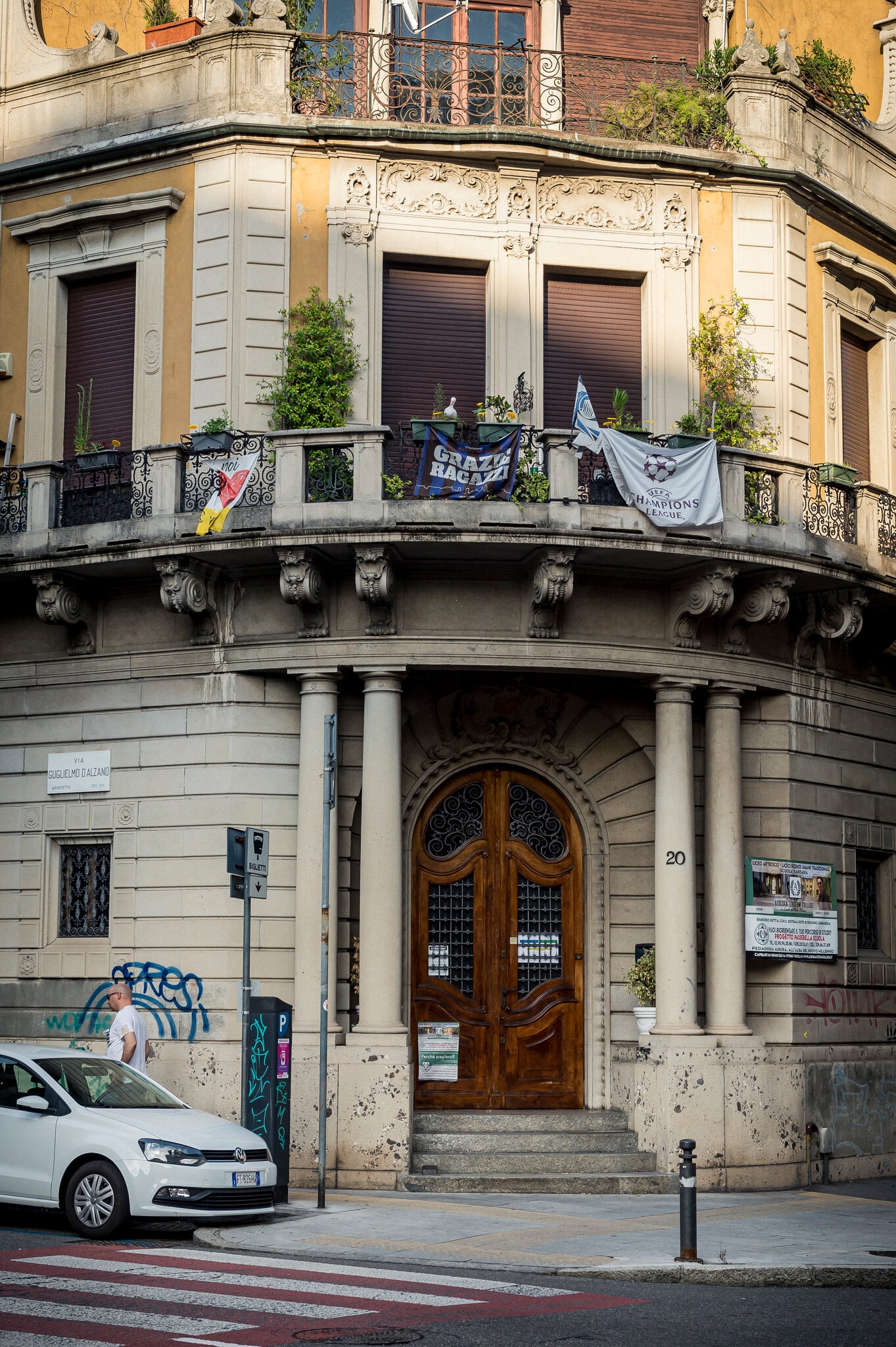 There have been a lot of stories written about sports in the pandemic, and this one might be my favorite so far.

Atalanta, a small market soccer team by comparison to the big hitters that compete in the Champions League tournament (Milan, Real Madrid, Barcelona, PSG, etc), made quite a deep run in the tournament this year. Considered the “Queen of the provincial clubs” – which is a backhanded compliment if I’ve ever heard one, Atalanta’s success this year would be like a AAA baseball team making a deep playoff run against the Yankees, Cubs, Dodgers, and other big market teams.

The team’s unlikely run was more special this year, because Atalanta’s home base is Bergamo, Italy – right in the heart of the madness when COVID ripped through northern Italy.

One of the club’s greatest moments came on February 19, 2020. With seemingly the entire town transported on charters to Milan to watch, the club put up four goals on its way to it’s first ever Champions League quarterfinal.

The match would remain meaningful, but for much different reasons. Per Rory Smith:

The next day, the mayor was in his office in the center of Bergamo when news started to emerge that a patient in an emergency room in Codogno, a town southeast of Milan and about an hour’s drive away, had tested positive for the coronavirus. The next day, a second case was confirmed in Alzano Lombardo, only a few minutes outside Bergamo.

In those long, harrowing days in late February, the coronavirus crisis seemed to bubble around the people of Bergamo, gathering force until it consumed them, too. The city shut down, the silence filled with sirens. The hospitals were overwhelmed. The local newspaper filled with the names of the dead. The army was called in to remove the bodies. Quickly, memories of that night in San Siro seemed to drift and fade, as if it had happened in another world.

This great moment happens, then – wham – something that few had even considered now dominated every thought in the city. That match in Milan filled with 40,000 fans from northern Italy would later be described as a ‘biological bomb’ by the chief pneumologist in the area.

What followed was a group of fans utilizing the community built around the soccer team to help out. They raised money for the hospital, helped the military build a field hospital, coordinated and commissioned an artist to design a special jersey that thanked first responders.

In other words, as Smith puts it, “The team is an expression of, and an outlet for, a broader civic identity.”

And when the team returned to the pitch in June, they kept the unlikely run alive. They rattled off 6 wins, and a tie against the much larger Juventes before the run finally ended against Paris St.-Germain (perhaps the richest club in the world).

The director general of the local hospital summed it all up perfectly when she said, “The suffering of the people mourning for their families cannot be relieved. Sport cannot overcome that grief. But for the city as a whole, a city that has suffered a lot, it offers hope.”

A 52-yr old Omar Vizquel still has the hands of a Futures Gamer 😱 pic.twitter.com/aaNP5Llb9B

Song of the Week  – Western Centuries – ‘Sarah and Charlie’

“I am the bait. Men find me desirable.”