Your stirrups tell me everything I need to know, bro

I will never forget the night before my first Little League game. My older brother Matt showed me how to properly wear baseball stirrups. Make sure the sanitary socks are a crisp white. Low side of the stirrup in front (do NOT be the kid who has his stirrups on backwards at Opening Day). Fold the stirrup over the bottom of the pant to create a clean, secure interlocking system that won’t fall down after sliding or diving. It was every bit the right of passage central to any YA novel. Learning how to put on stirrups might be the first time I was told that how you dress communicates to those around you.

What was that? No, baseball didn’t play a role in my youth at all.

So, let’s nerd out on stirrups for a moment. Of course this is about personal style and preference, but some preferences are terrible, stylistically speaking. Here’s the spectrum:

Good: Don’t know how I feel about one team, one dream, one stirrup length mandate, but Stanford does it well. Note #44: He’s got that ultra low, 4-inch stirrup. Looks good.

Bad: It was ugly in 1987, and it’s ugly now. Also, maybe next week we need to write about New Balance becoming a very popular baseball cleat. What? Since when did the brand that has the dad market cornered become a popular amongst ballplayers?

The 4-inch stirrup has always been my preference. The hipster trend of going fully back to the 70s and 80s is like ironically wearing Jordache jeans today. Pump the brakes.

Laugh all you want, but stirrups vs. solid socks, low-top cleats vs. high-top cleats (but always super glossy and blackout Scott Erickson style); super curved hat or a more subtle curve – these are the decisions that I spent way too much time weighing every spring when I was a kid. And here’s a way too in-depth story about the stirrup resurgence in baseball. – PAL

Source: “Baseball’s Stirrups: Always in Season, if Not in Fashion”, Seth Berkman, The New York Times (9/17/16)

TOB: I think you have your great and your good flipped, buddy. I like to see more sock. For example, the Chris Archer look (as noted in the article) is my idea of a masterpiece. Behold: 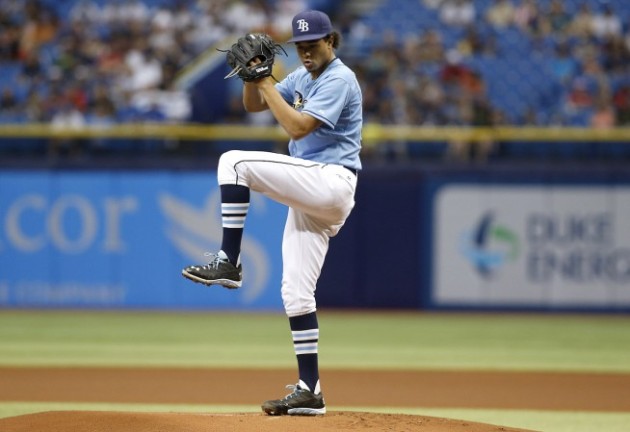 Look at that! So much sock. Stripes! Multiple colors! And the stirrup! That’s just fantastic. Also, are you saying you tucked your pants into your stirrup? I’ve never seen or heard of that, but the article mentions Sean Gilmartin of the Mets, and by golly, it sure seems like you’re talking about the same thing Gilmartin does. Wild. Anyways, I also loved stirrups as a kid, though I think if I was a major leaguer now I’d go with high socks generally and switch it up with high stirrups a couple times a week. We can both agree that the long pants over the cleats look is a plague on the game, and moreso: the kids in little league who wore the fake stirrup socks deserved to fall into a port-a-pottie.

PAL: Regarding tucking of the stirrup, you do it like this:

This is the type of retirement gift I can get behind

Farewell tours for athletes are dumb. Why the hell do opposing teams feel compelled to give players like Mariano Rivera, Derek “Jeets” Jeter, or David Ortiz gifts? Hey, thanks for kicking are asses for 15 years, here’s a surfboard. What in the absolute hell is this? I mean, is Tim Lincecum going to show up at Paul Goldschmidt’s farewell tour to publicly, hand over an amended will and leave everything to Goldschmidt, the rightful owner of Tim Lincecum and all that it entails?

With that said, the Orioles gave David Ortiz a retirement gift I can appreciate: 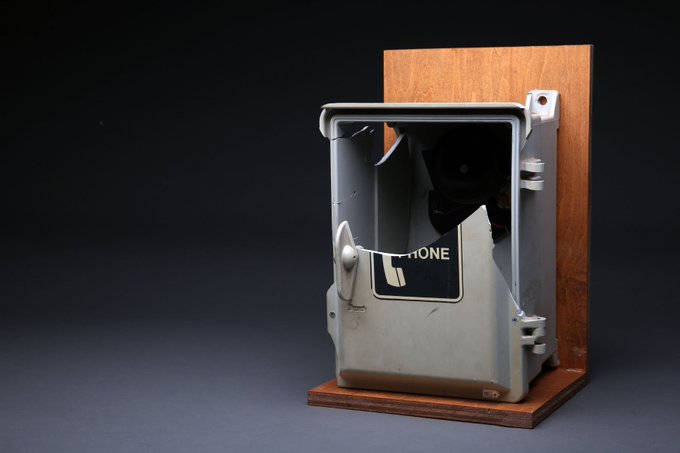 Why a broken phone box, you might ask. Here’s why:

Well done, Orioles. Also, the phone still worked! Can whatever company that makes those phones get into the iPhone case business already? – PAL

Source: “What Do You Get For The Baseball Player Who Has Everything? A Busted Up Phone Box”, Patrick Redford, Deadspin (9/21/16)

TOB: I agree, they’re the absolute worst. The Giants gave him something. He played here TWICE. These are so stupid. But…I know he’s not a former player, I do love what the Giants are planning for Vin Scully, when he calls his final game in a couple of weeks. The game will be at AT&T Park and the Giants are planning on switching over their TV feed to Vin for one inning. Nice tribute. We’ll have more to say about Vin next week, so I’ll leave it at that.

The Best There Ever Was?

I like this story because it reminds me of the story Phil shared here a while back about the only kid to ever strike Joe Mauer out during high school. Ayrton Senna is known as one of the greatest F-1 drivers of all-time. A well-regarded documentary about his life was made, Senna, which you can watch on Netflix. Senna died on the track in 1994. Before he was winning F-1 championships, though, he was a teenage go-kart racer. He was very good – but he was not the best. The best was a British guy named Terry Fullerton. A few years older than Senna, Fullerton beat everybody. He never lost to Senna. This fact drove young Senna so mad that he once walked by and shoved Fullerton into a pool. Senna would move on, and just before he died said that Fullerton was the best driver he ever raced against:

So why have most race fans never heard of Terry Fullerton? Because Fullerton, now 63, never advanced beyond go-karts. He chose this path because when Terry was 11-years old, his older brother died in a motorbike race. Fullerton did not want to put his parents through that again, having to bury their remaining child. So he continued to race go-karts. He even now coaches go-karts, and barely scratches out a living. When asked if he regrets it, he says he sometimes does – but when he saw the Senna documentary, and heard Senna say that Fullerton was the best driver he ever faced, he realized he made the right decision. After all, Senna is dead, and Fullerton is enjoying his life. -TOB

Bonus Video of the Week:

Song of the Week: Cahalen Morrison – “Ode To Autumn”. Do yourself a favor and check out all of Cahalen’s music. A brilliant talent who spent more than a couple nights on couch at the old spot in San Francisco. He and Eli West albums should be known far and wide.

“I’m going to put it right on the line. There’s been a lot of complaints already. Fooling around on the course, bad language, smoking grass, poor caddying. If you guys want to get fired. If you want to be replaced by golf carts, just keep it up.”