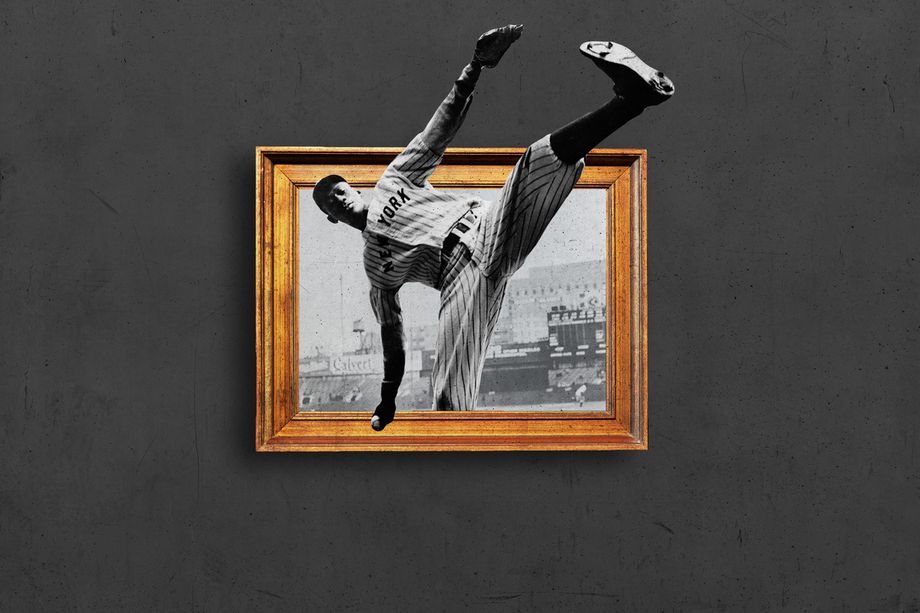 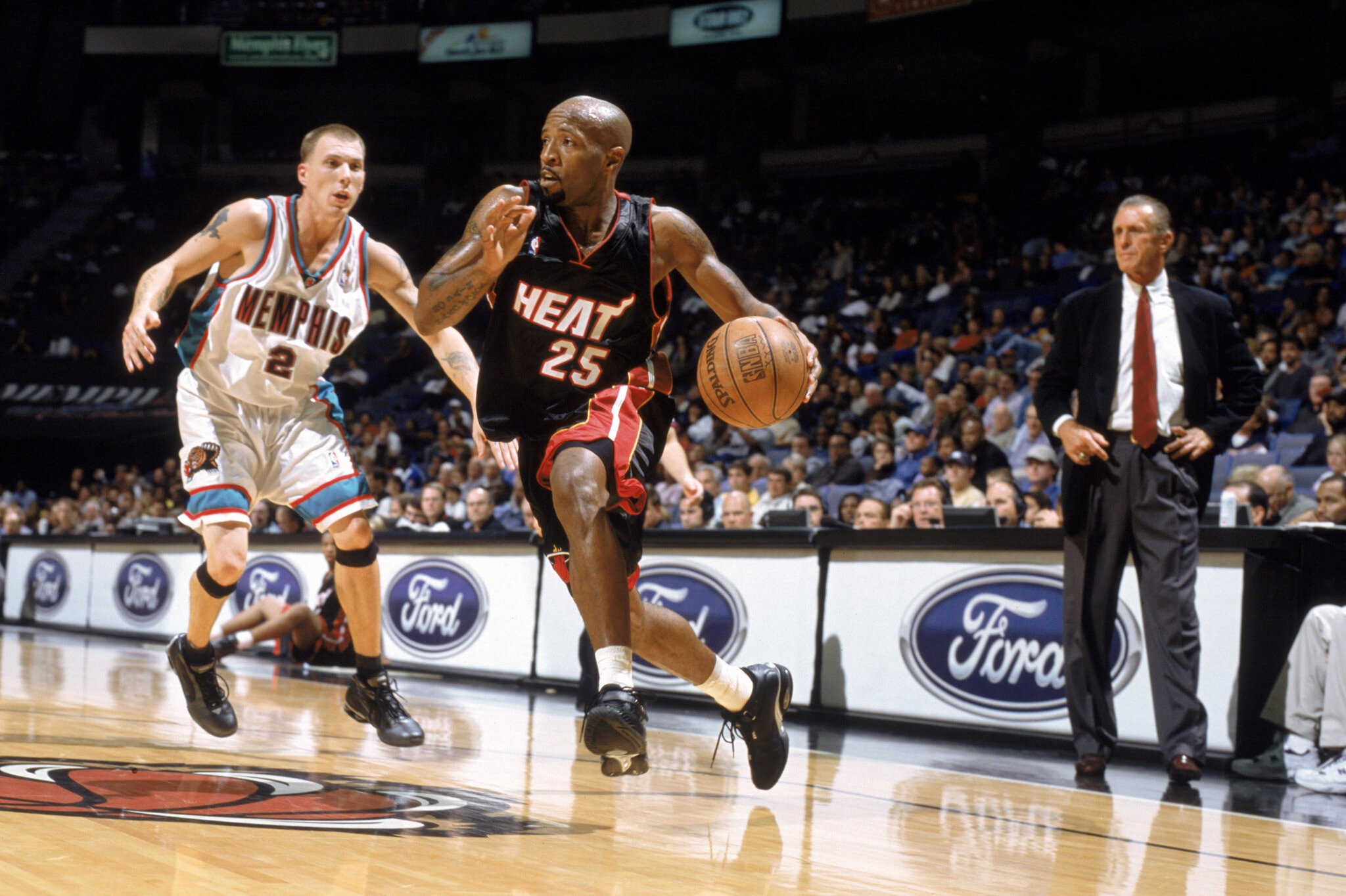 I haven’t read many stories about the honor of sports agents, but this is one. Back in the day (03-04 season), Anthony Carter had a player option for $4M with the Heat, which was more than his play the previous year would demand in the open market. Carter’s agent, Bill Duffy, forgot to formally notify the team his client (obviously) planned to opt into the last year. He missed what would amount to a 3M deadline.  Carter signed elsewhere for the league minimum, but never once considered leaving Duffy. In fact, the two have never discussed it beyond a meeting shortly after the blunder in which Duffy promised to make Carteer whole by way of a payment plan. Duffy paid off the final installment this year, and this excellent story details how the blunder impacted all parties: Carter, Duffy, and the Miami Heat.  Per Sopan Deb:

It was a blunder that had cascading effects. The most noteworthy ripple was that it gave Pat Riley, the Heat’s president, an unexpected amount of cap space that summer, which he used to sign Lamar Odom as a free agent. One year later, in 2004, Odom was the centerpiece of a trade with the Los Angeles Lakers for Shaquille O’Neal. Two years after acquiring O’Neal, Miami won its first N.B.A. championship. It was Duffy’s clerical error that, at least in part, allowed the championship to happen. That turned Carter’s contract situation with the Heat into one of the all-time “What Ifs?” in league history.

Nearly 20 years later, Carter is now an assistant coach with the Heat. Riley is till the Corleone of the Heat, and Duffy is still reviewing Carter’s contracts. Read the story to hear just how much has changed and yet stayed the same. – PAL  Source: “An Agent’s Mistake Cost an N.B.A. Player $3 Million. He Paid Him Back.”, Sopan Deb, The New York Times (12/14/2020) TOB: Duffy had almost no choice. He could have let Carter sue him, and Duffy’s insurance company would have made Carter whole. But Duffy’s career as an agent would have been over. So, he certainly had great incentive to pay Carter – but still, good for him.  Side note. Carter mentions that he dropped out of high school after his freshman year and spent the next few years traveling around the city of Atlanta playing basketball games for cash. His performances in those games got him noticed by a JUCO in college in California, which led to his NBA career.  This seems rather crazy, but for the fact I learned this week that former Rockets star Steve Francis had a similar story. I stumbled on Stevie Franchise’s 2018 Players Tribune article this week and learned that Francis played just two games his entire high school career. Otherwise, he sold drugs and played a little AAU ball. An AAU coach took a liking, and Francis found himself moving from D.C. to a Houston JUCO. I had never even wondered if a player had ever carved out a successful NBA career after not playing in high school, and now I read about two. Interesting coincidence!

Negro Leagues Recognized as a Major League  On Thursday, word came out that Major League Baseball would recognize the Negro Leagues as part of the Major Leagues. It comes too late, but it’s still a big deal. Amongst other ramifications, that means that stats from the Negro League count. To see it in one stat, Ted Williams’ .406 batting average in 1941, which is widely considered the last time any player hit .400 in the majors, will be replaced by Josh Gibson’s .441 in 1943.  2020 is the centennial anniversary of the Negro Leagues, and we posted Ben Lindbergh’s story about this push for Major League distinction back in August. The victory is the result of the hard work of folks like John Holoway and Larry Lester.  Per Lindbergh (August):

In the decades after the 1970 publication of Robert Peterson’s influential book about Black baseball, Only the Ball Was White, researchers such as John Holway and Larry Lester led painstaking efforts to assemble comprehensive statistics from long-buried box scores. Last year, a collection of Negro Leagues scholars and researchers published a book of essays called The Negro Leagues Were Major Leagues, which laid out the strong statistical and ethical case for inclusion. But until 2020—when the 100th anniversary of the founding of the Negro Leagues coincided with sweeping societal protests of racial injustice and an abbreviated, jury-rigged MLB regular season—MLB hadn’t considered the subject.

I love when hard, unglamorous work leads to real change. I liked this quote from lead researcher Larry Lester. Remember, this is a guy that spent years searching archives of local newspapers to find box scores from games played about 80 goddamn years ago:

“No other sport holds to its history like baseball does,” Kendrick says. “It is that beautiful game of comparison and statistics, and the statistics have not always been readily available. So in the minds of many, it discounted the Negro Leagues, because they would say, ‘Aw, that’s just legend and lore.’ And yeah, there is a lot of legend and lore that surrounds it. And I love that, but now you get a quantifiable look at the greatness of these players.” That quantification may lead to more Hall of Famers from the Negro Leagues (who remain underrepresented) or reevaluations of vague claims like the “almost 800 home runs” referenced on Gibson’s Cooperstown plaque. “Using that hyperbole to exaggerate someone’s greatness is unnecessary when his basic stats are good enough,” Lester says.

A story about doing the painstaking work required in order to right a wrong – PAL Source: “MLB Is Finally Recognizing the Negro Leagues as the Major Leagues They Always Were”, Ben Lindbergh, The Ringer (12/16/20)

Tiger’s Track Runs Cold If you’re a golf fan, you know about @GCTigerTracker, a twitter account that for the last eight years followed and Tweeted Tiger Woods’ every move on a professional golf course, at every single tournament he entered. And I’m not really exaggerating. Here’s a random sample:   It’s half play by play, half fan rooting for his or her guy. To that end, TigerTracker’s identity remained a public secret, with hordes of fans trying to guess TigerTracker’s true identity, unsuccessfully. And then, after 47,000 tweets, 500k followers, and countless memes later, TigerTracker went silent in October when Tiger began his first round at the Zozo Championship in Thousand Oaks, CA. The silence had fans freaking out. Even the Golf Channel’s official account took note:

The Ringer’s John Gonzalez set about to solve the mysteries: Who is Tiger Tracker? Why is Tiger Tracker? And why did Tiger Tracker suddenly stop tracking? What follows is a fascinating look at how a good things goes sour – on the one hand, corporate overlords who don’t really understand a grassroots, organic Thing and what to do with it; and on the other the employee who lets a little popularity go to its head and overestimates the importance of what has been created. A fascinating read. -TOB Source: “What Happened to Tiger Tracker, Golf’s Most Beloved Twitter Account?” John Gonzalez, The Ringer (12/17/2020) PAL: You can all but hear these dudes making the rules for TigerTracker and taking it way, way, way too seriously. Probably looked and sounded something like this:

I know that kind of run, and it ain’t because of cramps lol… pic.twitter.com/icg4Wv9pgt

Kevin Harlan is calling NBA games from his basement 😱